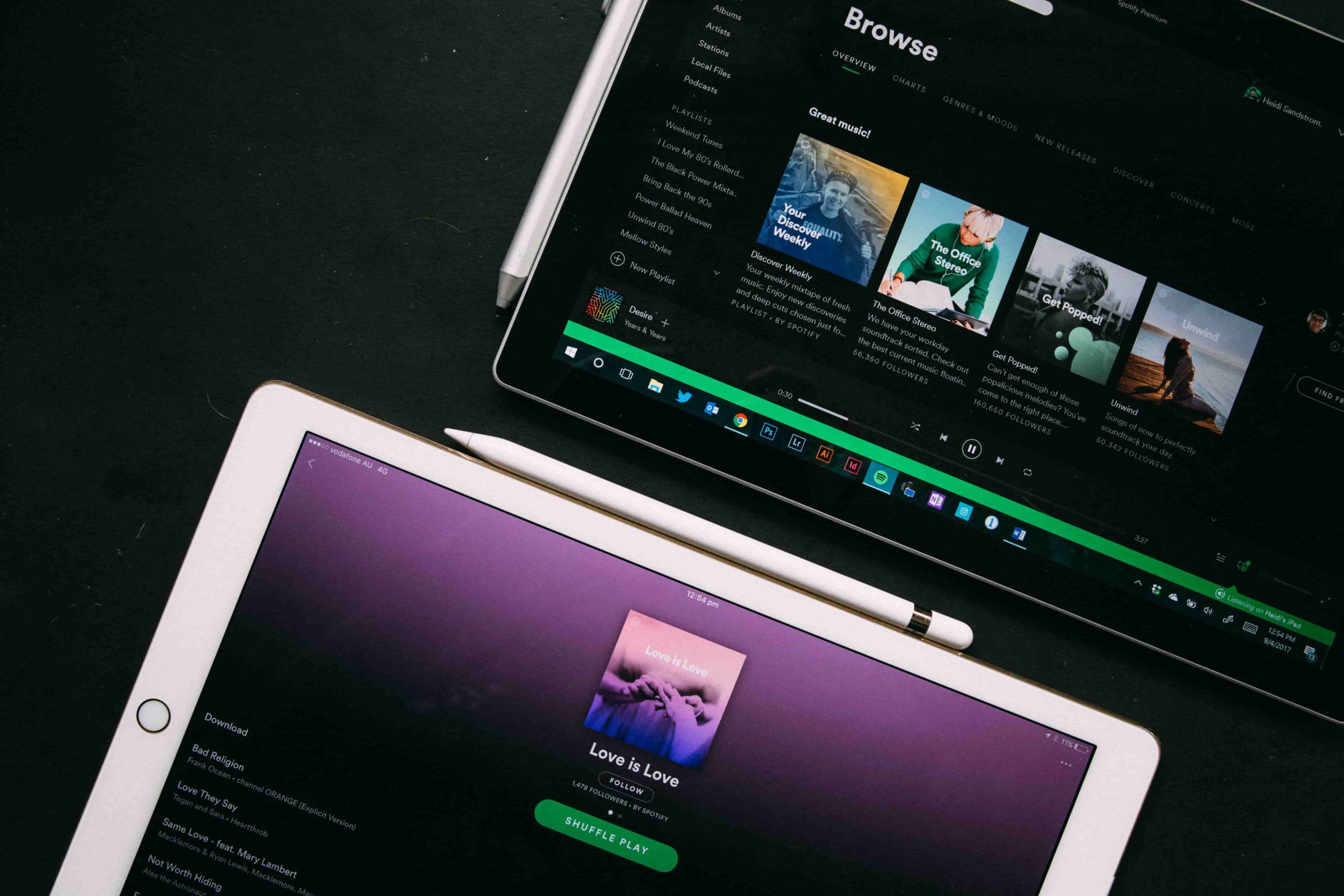 How To Get On Spotify Playlists – The Complete Guide

We live in a whole new era of music promotion, where PR and Publicity companies are not as fundamental as they used to be. Much more power has now been transferred to playlist creators and influencers.

Since most things are digital these days there are a multitude of ways to contact blogs, radio stations etc. Of course it is always a good idea to tap into PR and Publicity companies since they have stronger relationships with certain music channels, but you should try to do as much as you can without spending more money than you need before you get in contact with them.

This will also give you more relevance when you get in touch with them.

Why you need to submit your music to blogs and playlists

Our music runs in closed ecosystems like Spotify and Apple music who own and curate many of the playlists that we use to listen and discover new music. Streaming services have provided a huge boost to the music industry, in a time when the sales of physical formats have declined.

“According to global music industry representative IFPI, by the end of 2019, streaming accounted for more than half (56.1 per cent) of global recorded music revenue for the first time.” (MSN, news).

The thing is that if you don’t pitch or have a strategy in order to get your tracks in any of these playlists there is no way in heaven you are going to get a track in there just by chance. Unless you are a superstar, in which case you needn’t be reading any of this.

In this blog we will tell you a bit about the different playlists you could pitch to on Spotify as well as tactics to aquire these placements.

To actually make SOME money, you need a lot of streams, according to some music streaming calculators 100,000 streams would only get you $400 on Spotify and $500 on Apple Music. In order to get huge amounts of streams your best bet is to be in as many playlists as you can so people play your music, and so you get new fans!

Getting your music on Spotify

Let’s begin by having a picture of our biggest ecosystem, Spotify. Spotify has 320 million monthly active users. It is the number one music streaming service of all time, hence why, we will focus on their playlists.

In order to get your music onto Spotify you will need a music distributor which will help you upload and set the correct metadata for your music. Spotify has a list of those you can use including a tag for those which are preferred by Spotify.

Now that you have your music on Spotify, let’s dive into how to get it into playlists.

The 3 types of Spotify playlists:

There are around 3,000 Editorial Playlists all curated by Spotify’s editorial team. If you land a single on one of these playlists you are guaranteed 25,000 streams and upwards per day according to ToneDen.

Now, getting into these playlists is no easy task. You have to pitch your tracks to these editors while competing with 40,000 other new releases everyday. And lets not forget that every person at every major Label is competing for those spots too. Something to keep in mind is that it is really hard to get into Spotify Editorial Playlists and if you do get in it, it will be difficult to get back into it again.

Also, according to ToneDen, followers on these playlists are less likely to follow artists.

To pitch your tracks to these editors you will need to:

These are playlists are made by real human beings that don’t work at Spotify.

It will definitely be easier to get into one of these than into the Spotify owned ones. And, it will be cheaper if not free. There are some tools I will talk about later in the blog, but basically, you need to do some research and some self-PR here to contact and submit your tracks to those curating these playlists.

So you have an idea, there are around 3,000 Editorial Playlists (curated by real people that work at Spotify) and there are 200 million discover weekly playlists and 200 million release radar playlists created by the algorithms.

How to hack the algorithm and get into them?

A few things to start here as a baseline

Just like Google, Spotify crawls social media platforms for artist mentions and searches. The more mentions, the more likely the artist is relevant to the public.

So part of your release strategy must include a strong social media marketing campaign push!

Based on an audio file, RAW audio Analysation looks at the beat, the tempo, the key, the sections of the track and recommends other songs similar to that particular one. This is an important part of the Discover Weekly playlists created by Spotify’s algorithms.

“When you end up on a playlist, what determines your ability to stay on that playlist on a week-by-week basis is how many individuals are listening to your song on that playlist. This is why the number of saves and the ratio of fans who save your track while listening matters—why it’s the most important of all these actions.

Spotify checks for certain actions from users and stats:

In order to stay on an algorithmic playlist on a week-by-week basis you need people to interact with your songs. That’s why the number of saves and the ratio of fans who save your track while listening is so important.

This is a 0-100 score that ranks how popular an artist is relative to other artists on Spotify. If your rank grows, you’ll get placed in more playlists.

If you are a somewhat popular artist then pre-saves are an important part of your release campaign – this is because they will give you an impressive first-day of streaming activity.

The pre-save functionality automatically adds your track to your fan’s Spotify library when that track is released. The more “saves” you get on release day, the more likely your track is to end up on one of Spotify’s algorithmic or editorial playlists.

When you are planning your release campaign and playlisting (PR) actions, make sure you do your very best to synchronize all these different elements that are necessary and important in order to get into playlists and remain in them.

PlaylistSupply is one of the newest tools in the market. In short words, it is a search engine for Spotify Playlists. The idea behind it is to facilitate finding the Independent playlists that best fit your track and the contact details of those who manage them.

Playlist supply will search for the words you type on the search bar and look for them on the description of thousands of playlists and create a spreadsheet that you can download as a pdf, csv, excel or print.

The tables will show some key information such as Name of the playlist, the number of followers, of tracks, the name of the owner, any links, social media handle, email and the description.

You can also search specifically for playlists that have an email or a social media handle on its description for example.

With this tool you can create a database of playlists and begin contacting them directly and ask to be added. Obviously you need to do a good research and put your efforts on those playlists that suit your music.

PlaylistSupply is still in its infancy but it can already help you with your Spotify Playlist Pitching campaign.

Many of these playlisters and curators use a specific set of tools to receive music submissions. You may have heard of SubmitHub and Groover.

SubmitHub is a platform where curators and artists meet. Users submit music for review to a database of around 1500 different curators in exchange for credits. The cost? Around $1 to $3 per submission.

If you want to submit music to spotify independent playlists you may find that many curators use this service to receive your submissions.

Groover is very similar to SubmitHub, it was founded by a former SubmitHub employee and their first approach was to focus on the French market which then expanded into Europe. With around 1000 curators, this may be a good alternative if you are aiming for the European market.

Instead of you doing the research of which Independent Playlisters you should submit your music to, like you need to do in SubmitHub and Groover, PlaylistPush targets it for you so you don’t have to. Campaigns last 2 weeks, in which curators will review your songs. PlaylistPush has automatic systems that let you know when a curator has placed your song on their playlist. At the end of the campaign they send you a report with your campaign performance.

“To date, we’ve helped over 2,400 artists reach over 25 million listeners across more than 4,000 campaigns.” – PlaylistPush

So there it is, a handful of tools and information for you to place your tracks on more playlists, grow your fan-base, your streams and hopefully your career!