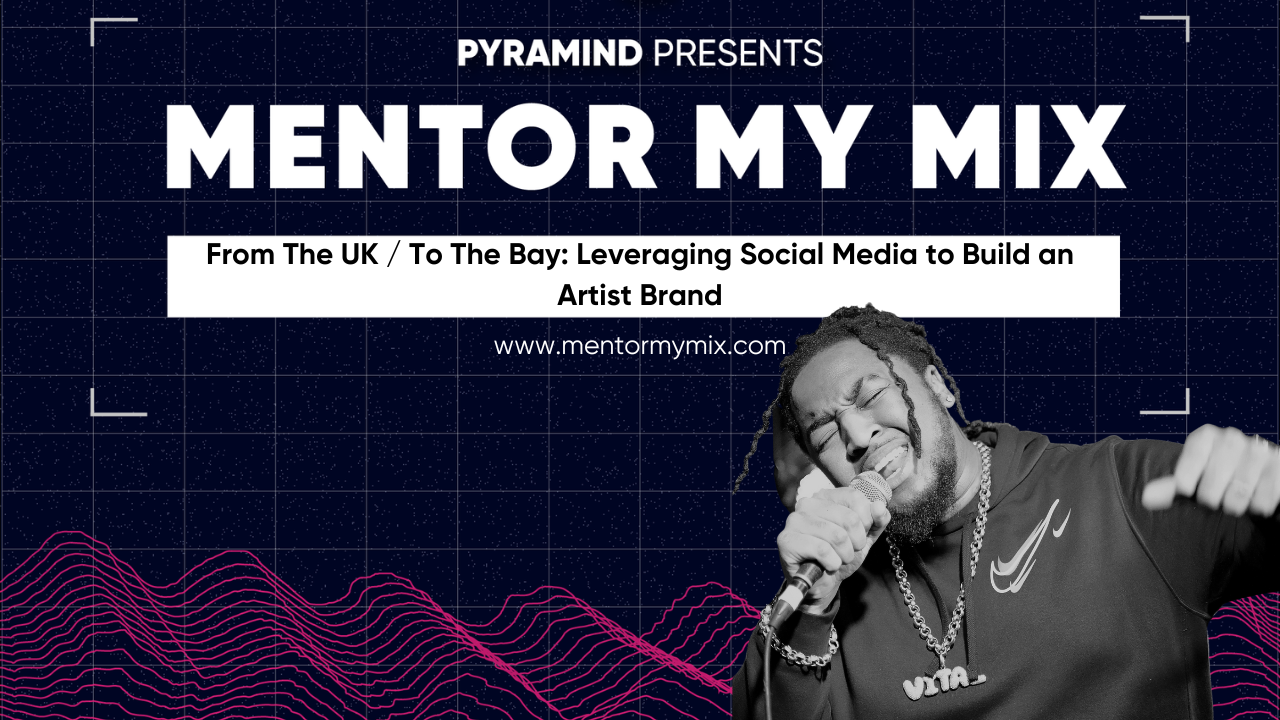 Episode #33 of the Mentor My Mix Podcast brings us Vital Powers, a performing artist Born to Jamaican parents and from Wolverhampton, England. Vital’s influences & styles come from Grime to Rap and Drill to Dancehall. He’s been a BBC Presenter and now a DITTO Music Video Content Creator & Mentor.

Performing on over 200 stages like MADE Festival 2016 + BBC Radio 1’s BIG WEEKEND Festival 2016 alongside artists such as: Stormzy, JayKae, Lethal B, Dappy,

VITAL has over 2 million+ Youtube views collectively including on his personal Channel. 5 music videos featured on Channel AKA & television appearances Pyramind’s social media director initially discovered VitalPowers through engaging and well-produced content on his Instagram & Youtube channels. He sparked our curiosity enough to DM him and invite him down to the studios where his charm & talents convinced us to invite him on as a podcast guest to share his path to success by becoming a BBC talk-show host and a content creator and rep for DITTO Music, one of the UK’s leading digital distribution platforms.

The interview begins with a world premiere preview of his newest track, Too Savage. Topics range from strategies for hosting festivals and using social networks to book & promote tours with similar artists to using his presenting skills to diversify his visibility and earnings as an artist.

They analyze and discuss Vital’s various vocal styles and then Greg creates a beat on the spot in Ableton Live using the Push 2 for Vital to freestyle too.

Launch your career making the music & sounds you love

Ready to take the leap and learn the art of Producing? Want to get confident and make great sounding music using Ableton Live, Pro Tools or Logic Pro? We've got you covered with expert trainers and hands on studio time at our San Francisco facilities.