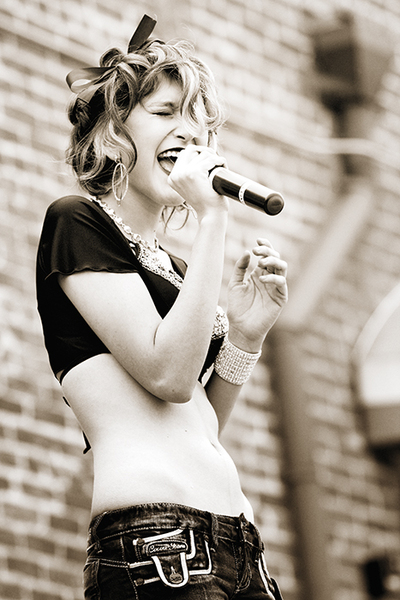 As of July 2015, Sabrina Signs is still attending Pyramind and taking our Complete Core curriculum.  Meanwhile her career is already starting to take off!

Her newest track with Lucky Date “I Like You” was released on the Hardwell presents “Revealed Vol. 6”.  The album went  #1 on both iTunes and Beatport the week of release. The single had it’s proper exclusive beatport release on July 31st and is currently charting upwards on the progressive house charts. The track has the support of major DJ’s such as David Guetta, Hardwell, Morgan Page, Lucky Date, Dannic, Blasterjaxx, VINAI, Kill The Buzz, MAKJ, Ummet Ozcan, Manse, Firebeatz, Deniz Koyu, Jewelz & Sparks, Swanky Tunes, Yves V, Futuristic Polar Bears, Nikola and more.

Her co-production works with Lenny Ruckus range from progressive house, trance, to drum & bass.  The heavy hitting singles “Even If You’re Crazy”, “Predator”, “Emotions”, “Thirst”, “Only You”, “Sand”, “Higher”, “Meow”, “Changing” and “Ninja” are all sure to become fan favorites.

Sabrina Signs is a multi-talented musician hailing from the San Francisco Bay Area. She is a producer, DJ, and singer, making her very special. She will entertain you with her original songs and mixes. Her singing background includes R&B, Hip-Hop, Rock, and Dance. Through her mix show, aptly named Sabrina Signs’ Diary, she shares her feelings and diverse tastes in EDM music from any genre of EDM to collectively craft an experience you will undoubtedly enjoy. Her live performances will leave you wanting more.

Starting with her releases of Predator and Even If You’re Crazy, in 2013, Sabrina has been consistently releasing music. You’ll find elements of Electro House, Progressive House, and Trance in her songs. In 2015, Lucky Date (feat. Sabrina Signs) – “I Like You” was released on “Hardwell Presents Revealed Vol. 6”, from Revealed Recordings. The album reached No. 1 in the dance music charts on both iTunes and Beatport. Everyone is excited to hear what is in the next chapter of Sabrina Signs Diary.