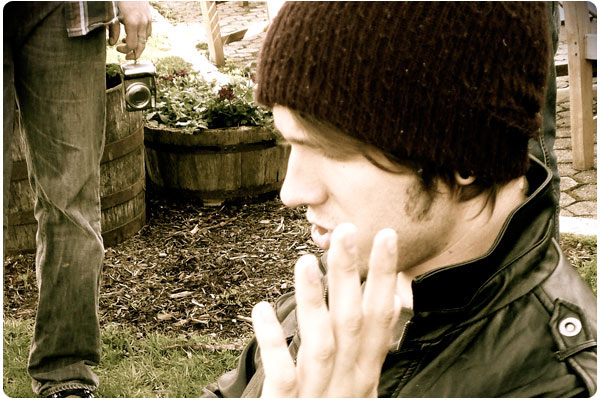 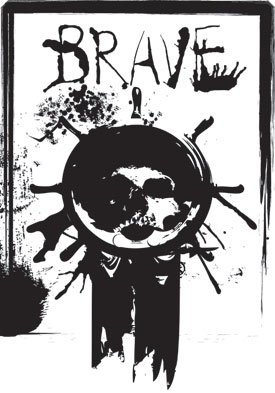 I am producing Brooklyn musicians, working as a Music Producer at Grey Worldwide, Running my own NYC studio and creative direction Company, and producing a personal project called “BRAVE Project”.

BRAVE is a multi-media epic, informed by projects like that of Coheed and Cambria, where the art work is based around and lives in a world with its own aesthetic and story line. The project will launch as a motion comic, album and art-book.

I came up with the idea for BRAVE while at Pyramind, when we had an assignment involving live performance and a remix. Both pieces were inspired by stories I had written at the time – all of my music is tied to some other part of my artistic interests – so it was natural for my work at Pyramind to be inspired by art I was creating outside of training. By the time I graduated Pyramind, I had a small album of pieces that resembled the seed forBRAVE.

I’m really excited about the community and buzz that has grown around this project. What started out as a series of short stories, which I embellished with songs and artwork as a hobby, has turned into a full production.

I’ve earned the support of some extraordinary people, and it’s been unreal. The producer of the BRAVE album is one of my heroes, having also worked with Mos Def, the Black Keys and Tom Waits, and the photographer I work with for the artwork also shoots for Esquire and WSJ.

The momentum you can build living in a great city like New York is amazing, but it takes having a head for business and really believing in your work; it also helps to eat, breathe and sleep what you love. If you have the passion, other artists will get excited, too, and you then lend your skills to them, and they help in return.

2. Describe the style of music you write, produce, and sing. What inspires you? 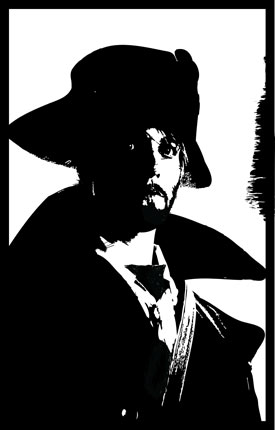 I have several musical influences: Book of Knots, Harvey Milk, Tom Waits, Local H, At the Drive-In, They Might Be Giants, Mogwai, Boris, Radiohead, Coheed and Cambria, Gojira, Deftones. . .

I’m drawn to music that tells a story, portrays a cohesive idea or at the very least, paints a nebulous aesthetic you can sink your teeth into. The music that I write tends to live in a very tangible world. Right now, I’m interested in juxtaposing my world of doom and gloom, portrayed in BRAVE, with rock-fused metal and anthemic, nontraditional scoring. I am able to convey the feelings I want to evoke for BRAVE, including brutality, oppression, triumph and beauty, through my music.

While I like to produce any kind of music, I’m specifically interested in artists with tastes and aesthetics that push me out of my comfort zone, such as pop, commercials, jazz, post punk and singer songwriter genres. I really get inspired, and thus advance my skills, when I am forced to step into a world that I am either not familiar with or have a hard time identifying with. It is natural to define yourself with artistic taste, but if you are unwilling to expand your tolerance and experiment, then you are shooting yourself in the foot when it comes to the music industry.

3. How do you feel Pyramind best prepared you for your career in the music/sound industry?

Technically and socially. If you wanted to push yourself and really find a way to break into an industry, or pursue a career or scene, the people at Pyramind will make sure you to get there.

Just being there, you’ll learn by example; the instructors are emotionally invested in their students, and they teach at Pramind because they are badass at their craft. They love the industry, and to this day, I still consider everyone at Pyramind to be friends. When I make it out West to visit, it’s like seeing family. That’s the way to build a business, and the way to produce successful alumni, employees and life long friends. It has been my mindset to hit the ground running here in NYC, and the lessons I learned at Pyramind have yet to fail me.

4. Is there a unique story or memory you wouldn’t mind sharing about your time at Pyramind?

Being a musician or artist is like jumping off a cliff; you can’t half-ass it. You either give it your all, or you don’t. So get ready and jump, or do something else. If being a musician or a producer is what you want, you can do it. Eat, breathe and sleep it. The industry is undergoing a serious evolution, so ride it out, learn your chops and in even small successes, as this is one of the most tumultuous, oppressive and beautiful industries in the world.

6. What are your future plans?