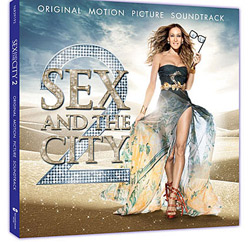 Aside from A&R’ing for Jetset Music, my DJ Schedule, and original production for Ultra Music/Records. Im currently working on a few really exciting major label remix projects at the moment. The top 3 that come to mind are…

As the first female artist signed to Mary J Blige’s label, and distributed by Interscope Records, Starshell is an accomplished songwriter who has co-penned several songs, such as “Love Lockdown” for Kanye West, and “I Can See in Color” and “Closer” for Blige. We were commended to be a part of the remix package for Interscope and delivered a solid dance remix on her feisty electro-pop jam “Supaluva.” Due out in September of 2010.

Last but not least, a revamp to one of Dance music’s well-known vocalist

Nadia Ali’s smash hit “Is It Love.” This remix will be featured on her “Queen of Clubs Trilogy: Best of Nadia Ali” remix compilation series. The 3 part compilation series will feature tracks from the solo debut album “Embers.” Scheduled to be released in August. Some other great producers featured on the album are Avicci, Afrojack, Thomas Gold, Sultan & Shepard, Dresden & Johnston and more.

You can hear all these tracks, plus DJ sets and more at soundcloud.com/ronreeser.

2. Describe the style of music you write and produce. What inspires you?

At the moment I’m working on a lot more Peak hr. DJ driven, club tracks. House music with big kick drums, dirty bass, epic synths, and quirky sounds kinda sum up stylistically of where I’m at today. Although, I don’t like to limit myself I still try to be versatile in my production so my sound might change a little from track to track. It just depends on the specific project or melody I’m working with. It’s helpful working with my studio parter Dan Saenz as we can both bounce ideas off one another if we ever run into a writers block.

I tend to pull inspiration from a lot of different genres, anything from Indie Rock, Pop, 80′s to Hip Hop. I also like being inspired by my peers in the Industry. It’s always exciting to hear another producer execute a song in the same Genre really well. I like to dissect those really good tracks and figure out what specific Synth or VST they might have used to create that unique sound. There’s a lot of talented producers in the Electronic Industry today and hope it continues to grow…

3. It seems like working with a songwriter for Kanye West, one of dance music’s most famous singer (Nadia Ali), and the “Sex and the City 2″ soundtrack would be high-intensity projects! What’s it like working in that echelon of the music industry?

It’s very exciting, yet humbling to say the least. I’m hoping the end result of these projects will continue to open more doors and opportunities to work with these types of artists in the near future.

Already, this month’s handful of projects look to be on the bright-side. As I’ll be working on a couple projects with Kaskade, Bad Boy Bill and Traci Lords, yes the once adult film star now pursuing a music career. Now the trick is to turn her song into a dance hit!

Check out my website www.ronreeser.com for the latest info and updates on when all this new music will be released.

4. How do you feel Pyramind best helped or prepared you for your career in the music/sound industry?

Pyramind has really helped to enhance my music production knowledge and streamline my workflow. With instructors, such as David Earl, Timo Preece, and Bryan Dale there’s really no shortage of expertise. They all bring their own unique skill set and real world experience to the table.

Being taught from them not only has helped me gain a better in-depth understanding of audio production, but Pyramind has also motivated me to keep up my education on the latest tools and techniques, which is critical for staying ahead in the industry.

5. Is there a unique story or memory you wouldn’t mind sharing about your time at Pyramind?

It’s hard to point out one unique story as everyday was just as exciting as the last. If it wasn’t participating in live recordings for video games such as World of Warcraft, the various guest speakers from the industry that come in to share there insight on the business, it’s Timo Preece teaching us a little bit of controllerism. I don’t think my time at Pyramind is really over as this is just the beginning.

If you’re seeking a career in the Industry, I’d highly recommend coming in and taking a tour. Take advantage of all the amazing teachers and studio gear Pyramind has to offer. The instructors, facility and staff ultimately speak for itself. They offer a great program, a broad range of classes and tours daily.

Pyramind has the technology, to build you better than before…

7. What are your future plans?

Stay positive and inspired. Continue to learn and grow musically. Keep making cutting-edge dance music. Ultra Records is a great label to be affiliated with, not to mention the caliber of talent on board. Much more music and bright things to come in the near future.

Follow me on twitter for the latest info, music, events and studio tidbits… twitter.com/ronreeser or add me on facebook.com/ronreeser.