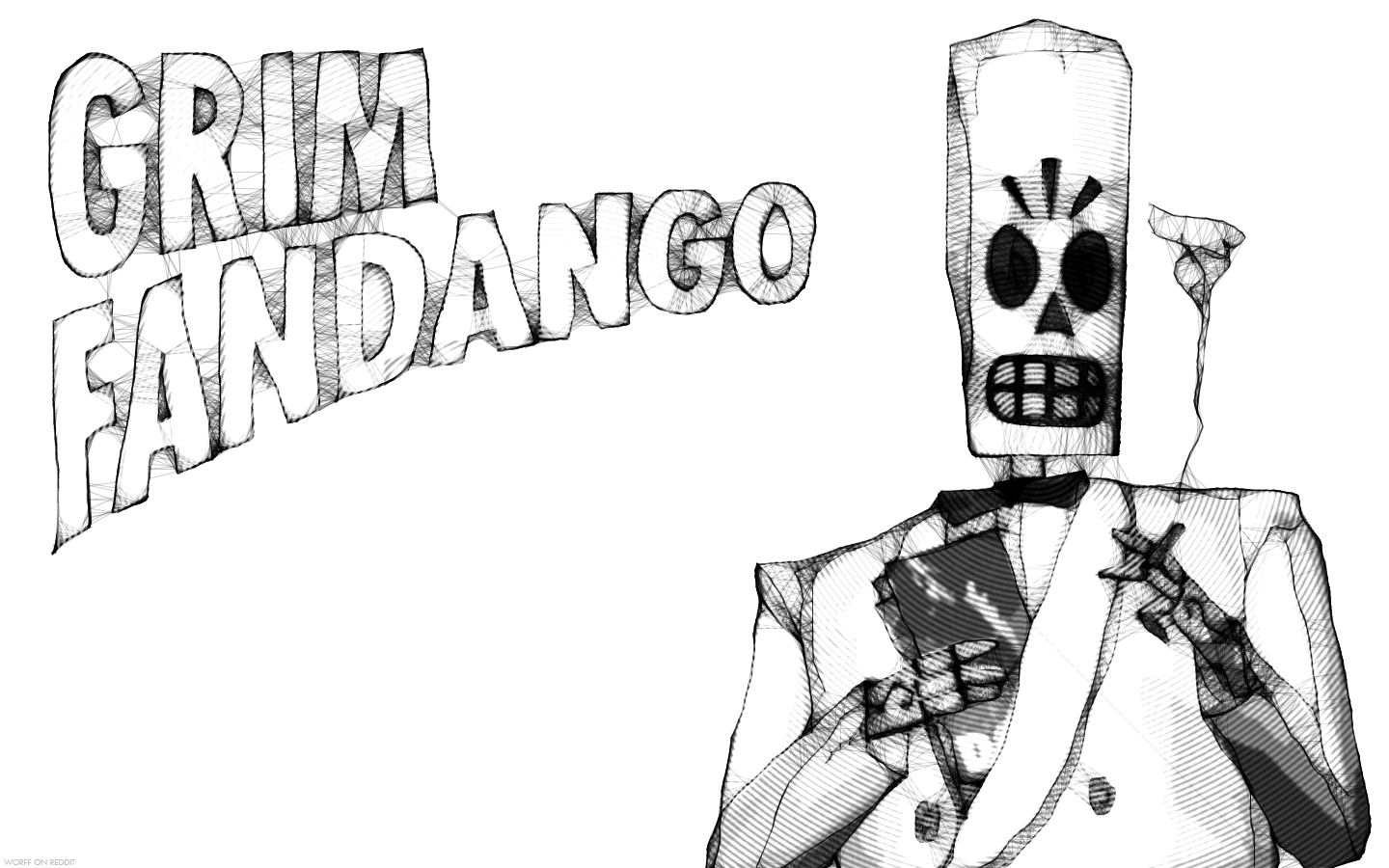 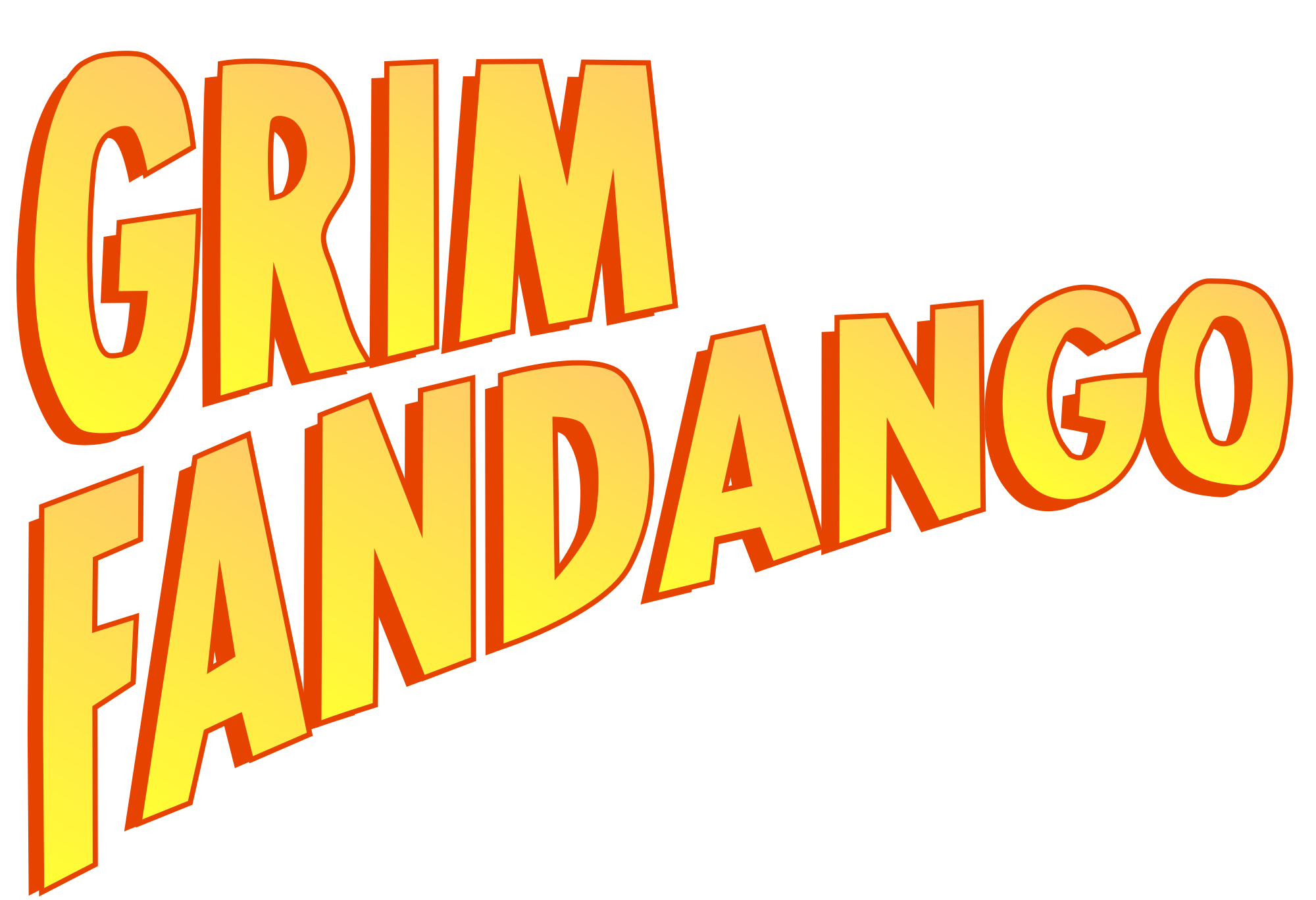 Pyramind Studios recently partnered with Double Fine Productions and composer Peter McConnell to re-orchestrate 45 minutes of McConnell’s original score to Grim Fandango, the LucasArts 1998 hit game. The goal was to update the music to modern quality standards to exist alongside the portion of the score Peter newly recorded with the Melbourne Symphony in Australia, as well as the jazz portions Peter enhanced with the music team at Sony PlayStation. In addition to re-orchestrating music, the Pyramind team also remixed 45 minutes of cinematics, optimizing the mix, sound effects, and dialog in six different languages. To top it off, Pyramind used its spacious Studio A to record commentary by the original LucasArts team members for inclusion in the remastered edition.

Reproducing the score from 1998 may look simple on paper, but McConnell clarifies, “Doing the music for Grim Fandango Remastered was a huge effort. From a musical perspective it could have been named “Grim re-voiced, re-orchestrated, re-recorded, re-mixed and re-mastered” – and in a couple of key spots, even “re-composed.” It took three teams – at Pyramind, Sony and Melbourne Symphony Orchestra – to cover three major aspects of the job, plus the orchestration talents of Karim Elmahmoudi and orchestral mixing by Jory Prum. For me it was hundreds of hours of gathering the assets, remembering or figuring out how they all fit together, setting up production pipelines and prepping materials for the teams involved and, last but not least, revising, editing and arranging the music for orchestration, recording and mixing.” When you’re talking about over 3 hours of music, this sounds like pretty deep waters.

This story ultimately began in 1997 when the LucasArts sound department was tasked to produce original music, sound design and dialog post-production for a groundbreaking new project from the mind of Tim Schafer entitled Grim Fandango. Peter McConnell, who had worked closely with Schafer on his previous title, Full Throttle, was the natural choice to compose the score. Pyramind senior music manager and composer Clint Bajakian, who worked with Peter at LucasArts throughout the nineties, recalls, “One special occasion was our hijacking Tim and leading him to the recording studio where a bunch of us improvised on bongos, tin whistles and shakers while he talked through the story and its meaning, like a beatnik poetry reading.” The resulting recording was broken up into segments by location and mapped into the LucasArts proprietary adaptive music system, iMUSE, as the foundation for McConnell’s eventual score.

By today’s standards, Peter was working with a limited MIDI composition palette – a couple EMU E4 samplers (with a whopping 128MB RAM each), a Roland GMIDI Sound Canvas, and one or two other tone modules of the day.  In addition Peter worked in some of the leading jazz players of the SF Bay area, and some in-house instrumentalists as well but the soundtrack was predominantly MIDI. The 3-hour score was divided mostly between orchestral underscore in a classic yet quirky film noire style, and a popular jazzy style of 1930s-40s nightclubs.  Fast forwarding to 2014, beyond the reworked jazz and live orchestral recordings, there still remained a large portion that needed to be re-orchestrated using today’s state of the art music workstations and sample libraries. That’s where Pyramind came in.

Pyramind composers Clint Bajakian and Jeremy Garren imported Peter’s original audio mixes into Cubase 7 along with MIDI tracks that were assigned to modern sample libraries residing on two slave PCs running Vienna Ensemble Pro loaded with leading sample libraries. Clint also added live classical guitar parts that were not covered in 1998 using the same instrument he played back then. The challenge was to adjust MIDI parameters to maximize realism and sonic quality while preserving Peter’s original artistic intent. Jeremy says, “This meant focused attention to mixing, EQ’ing, and programming articulation data on an individual instrument basis to bring each phrase and gesture in line with Pete’s original intentions. It meant a constant back and forth with the original music and imagining, ‘What should this sound like today?’” Clint adds, “For us to do this right, we had to also wrap our minds around the ‘extra-musical’ content of the music – the concepts, the references, the puns – the ideas that interact like characters in a play”.

An added challenge was that the live orchestra mixes had a specific sound that had to be emulated. Many components, especially woodwinds stood quite close and present in the foreground compared with many film soundtracks of today, a key quality in McConnell’s music for Grim Fandango. Jeremy and Clint worked extensively with microphone perspectives in the instrument patches, close, stage, hall and surround, to capture the essence of the live mixes. “It isn’t too difficult to create a good virtual orchestra,” continues Garren, “it’s a bit more challenging to create one that sounds like someone else’s live orchestra.” Peter notes the improvements, “Those [1997] samples being what they were, for years I would have to wince whenever I heard those “orchestral” pieces. So it was a huge deal for me to be able to revisit all of that music. The main goal was not remake the score, but to allow it to be what was always meant to be.”

The second main task of the project was to mix the game’s cinematics to incorporate the new music tracks. Spanning roughly 45 minutes of content, the cinematics contained dialog in six languages, sound effects, sound ambiences, and the music track. The dialog tracks were remastered for quality and consistency. In some instances, sound effects were punched up or enhanced, even added, to optimize the impact of the scene. With so much MIDI re-orchestration to do, the added work for the cinematics was assisted by Pyramind’s deep bench of talent. Production manager Mike Forst remarks, “Between the core Pyramind staff and our production assistants, Jonathan Buch and Ophylia Wispling, we had an amazing time diving into the old cut scenes and really bringing them to life with the new music mixes, a few added sound effects, remixing and mastering. We were able to cover a lot of ground very quickly.”

In addition to modernizing the virtual orchestrations and remixing the cinematics, Pyramind provided recording services in its main facility Studio A.  Double Fine senior producer, Matt Hansen, organized different groups of original LucasArts team members to come into the studio and freely discuss their memories developing the game while a video playthrough ran on the big screen. No doubt it served as quite the reunion. These recordings were the basis of the team commentary included in the new rerelease.

There’s no question that the Grim Fandango soundtrack is universally regarded as one of the greatest video game scores ever. Jeremy remarks, “It is a treasure trove of quirky, humorous, intelligent, and beautiful moments. It pays homage to several classic genres at once while successfully carrying forward it’s own original narrative”.  Beyond just notes, phrases and other conventional vehicles of musical expression, the score brilliantly channels concepts, metaphors, and inside jokes in musical language. Clint relates, “This project was very special as it celebrated the nostalgia of something great from long ago, and rekindled the collaborative rapport with my old friend Peter. To work together again felt like getting the band back together.”