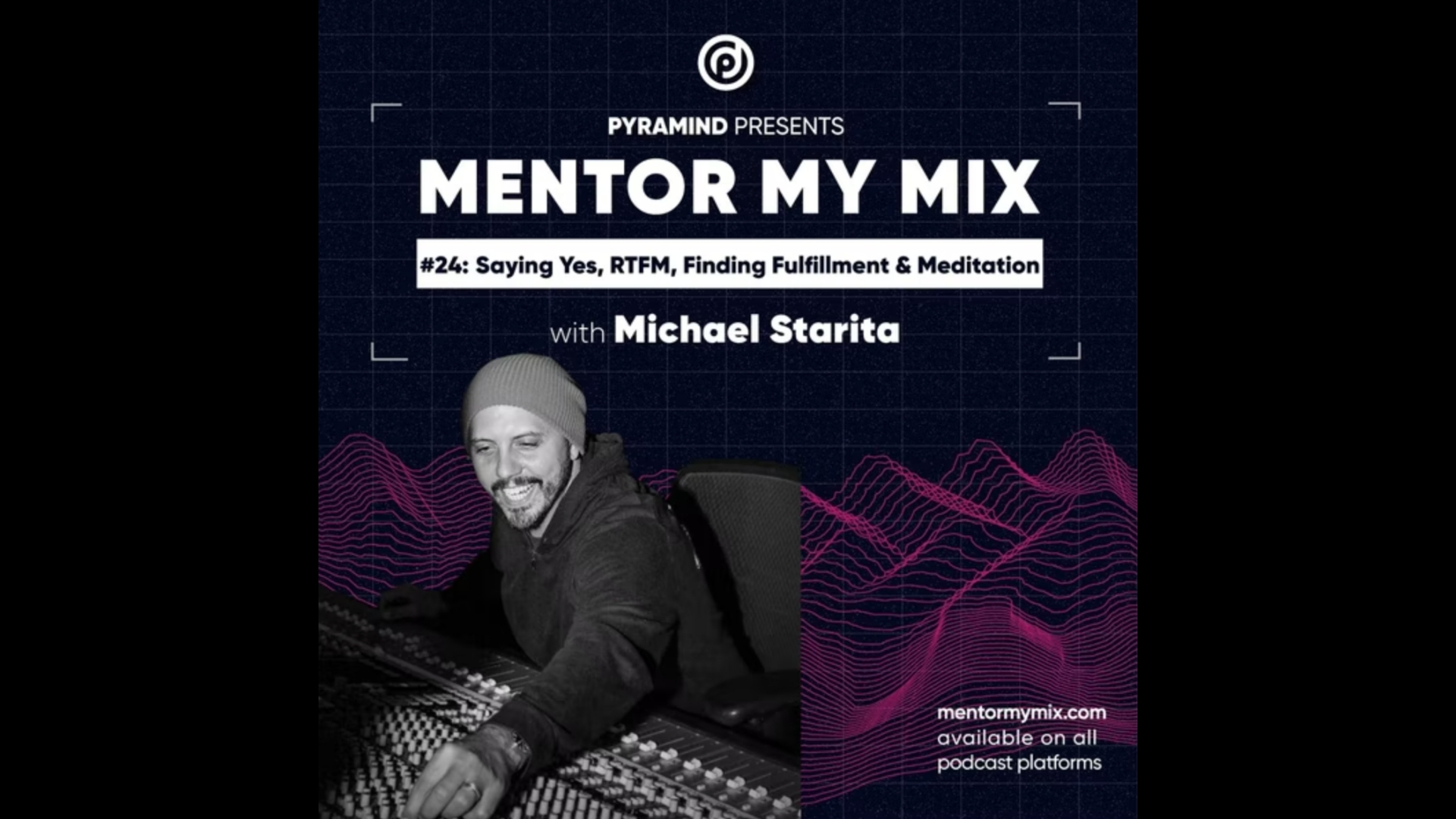 In this episode, Greg interviews musician, producer, mix engineer, and label boss Michael Starita. They discuss the power of saying yes even when you think you might not be ready and the importance of having the drive to learn as you go.

Tracks from Michael Starita’s latest release are highlighted to show his techniques for producing and collaborating with other artists, as well as the influence of spirituality and meditation practice on his music. He also gives us insight into his personal journey to find fulfillment in the music industry as an artist/producer and engineer.

Michael Starita Wrote produced and played keys on this track, with songwriting and trumpet playing from Christian Scott aTunde Adjuah, songwriting, lyrics, and vocals from Trent Park, and songwriting and guitar from Robin Applewood. This song and album were released on Michael Starita’s Be Still Records label, which is dedicated to spiritual music. Michael challenged himself and his collaborators to channel the music on the project from the heart, rather than overthink anything when writing and performing the music.

Last track, “The Search” featuring Sean Johnson and the Wild Lotus Band from The Wakeup Call

Michael Starita wrote produced and played keys on this track, with songwriting and vocals from Sean Johnson of Sean Johnson and the Wild Lotus Band. Sean Johnson sings a Mantra, from Hindu and Yoga Tradition, about the concept of the Guru, what it represents, and how it permeates everything, including each person.

Michael Starita talks about the process of writing this song, by passing musical Ideas back and forth between him and Sean Johnson until they felt ready to send each other multitracks and get mixing.

Michael Starita is an artist, producer, mix engineer, founder of both the Starita Music and Be Still Records labels, founder of Bay Area Music Collective, and the former president of the San Francisco chapter of the Recording Academy. He has produced and engineered tracks for a plethora of artists including Los Amigos Invisibles who were nominated for a Latin Grammy in the song of the year category, Michael Franti and Spearhead, Third Eye Blind, A Tribe Called Quest, Yo Yo Ma, and Childish Gambino to name a few. Michael Starita blends his influences and roots in Rock, Soul, and Electronic music with his spiritual practice and meditation to create genre-bending and introspective music.