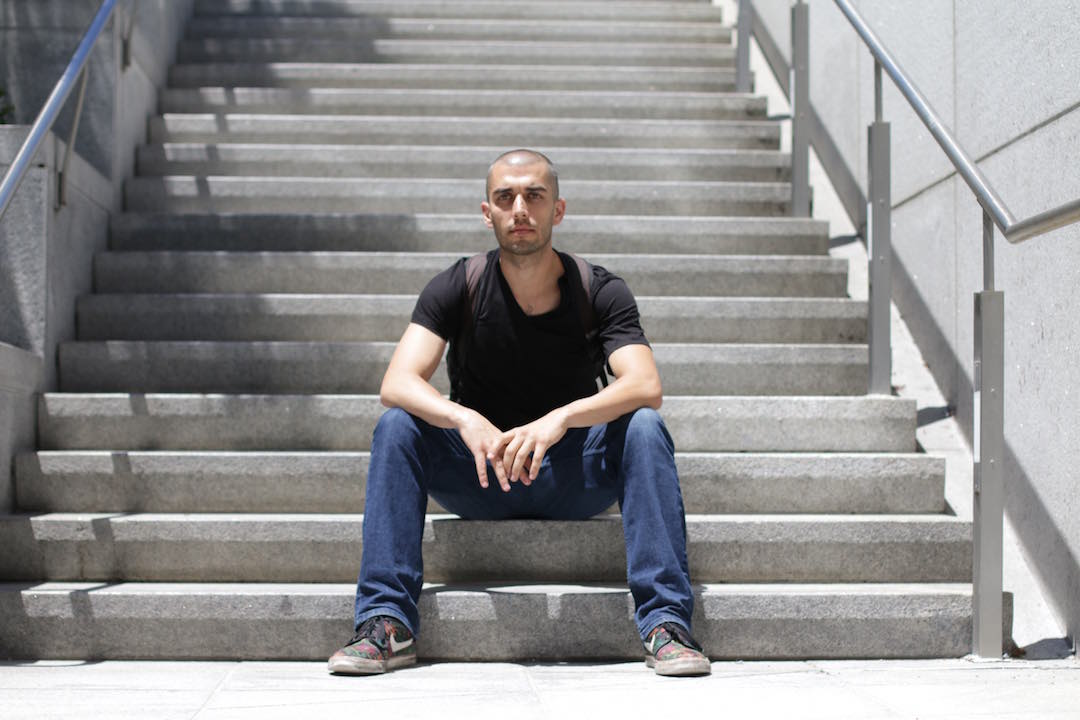 When Kenny Sequeira, aka Medikate, came to Pyramind, he already had one goal firmly established in his mind: to land two original tracks on a Beatport Top 100 list by the end of the year. And that’s exactly what he accomplished, using two projects that were started in his Production & Arranging courses.

We sat down with him after hearing that both of his tracks were charting to ask him about how he conquered his goal and where he plans to go next.

October, 2017 Update: Kenny has now surpassed his goal for the year by having a third song chart on Beatport in 2017. This time, he’s climbing the Electro House ranks with Feel Good, a song he started as part of the Production & Arranging 110 course. You can find it here on Beatport, or stream it via Soundcloud.

Kenny is a graduate of The Core Producer Program, the most streamlined, 8-month curriculum offered at our San Francisco campus. Read the full interview below.

Who are your big influences?

The biggest influence in my life would be my mother. She immigrated to the United States from Venezuela not knowing English and working 3-4 jobs just so I could have a chance to succeed in the United States. She instilled the hunger, the drive and work ethic to strive for success.

Musically my biggest influences would be Tupac and Slipknot. Tupac for his storytelling abilities, I couldn’t get enough of it growing up. I remember I use to wait for his music to play on the radio and when it did I would hit record on the cassette tape player to add it to my mixtape and get pissed when the radio DJ would start talking over the music. Slipknot had me hooked since the first album in 1999. Their CD was the first CD I ever bought and I remember jamming out to it everyday on the way to school when I was 11.

You served in the US Military – tell us how you heard about Pyramind accepting the GI Bill, and did that help you make up your mind to come here for school?

I was working at a large retail company as a store manager. I was in charge of a $12,000,000 store, working 50 – 60 hours a week and producing as soon as I got home until I fell asleep. I did that for about 5 years and was miserable and I decided I couldn’t take doing something I hated doing. So I started looking at going back to school but at first I was looking at going to finish my Kinesiology degree I started when I was in the military. Then I thought even I went to school to finish Kinesiology, as soon as I would get out of class I would just want to make music. So I started looking at music production schools and the closest one to me was Pyramind. I’ve already been watching Pyramind’s YouTube videos for years at that point and when I saw Pyramind accepted the GI Bill my mind was set.

Did you have any tracks released before Pyramind?

Before I came to Pyramind I had two tracks signed to labels. I’ve also released 3 remixes and 2 originals for free on SoundCloud.

What was your biggest challenge as a producer prior to Pyramind?

If you asked me before coming to Pyramind I would say music theory and some mixing techniques. But now looking back I would say I was stuck in the same place as a lot of other producers, just sticking to one style and not experimenting. Along with that, just gaining an understanding of modes from Matt Donner has opened my eyes to a world of new possibilities musically.

Tell us about these last two releases, one of which is charting right now on the Beatport Electro House chart.

The first track, “Fenrir” was actually the first track I started in the Production & Arranging 101 class. It’s a mix of a festival progressive groove drop with a dark cinematic breakdown. Compared to the first version I showed in class it’s way different. The first version was a lot of the same old stuff I did before I came to Pyramind and Matt called me out on it. I’m happy he did because it really forced me to push myself outside of my comfort zone and experiment. That forced experimentation I feel is what helped that track reach #52 on Beatport’s Big Room Top 100 Chart and was added to Beatport’s Big Room Peak Hour Tracks for June.

My track “Wild” that’s out right now is a track I made in the Production & Arranging 110 class. Continuing off the motivation I got from Matt to push myself outside of my comfort zone musically I tried to make a track that sounded like a DJ cut together different tracks. It has elements of trap, big room, bass/wobble house, progressive house, and dubstep. The whole process of making the track and pushing myself I feel has elevated my music and brings me closer to my goal of really pushing the boundaries of music. As of today (8/19/17) the track is at #16 on Beatport’s Electro House Top 100 Chart. It was also featured on the front page of Beatport’s Featured New Releases and added to Beatport’s Best New Electro House Tracks for August.

Do you set goals for yourself this year?

When I left my job last year I remember walking out and feeling the biggest weight off my shoulders and realize I took the first step to not letting anything hold me back from what I want to do. I got home and sat down at my desk started to think of things I needed to do to reach my goals as an artist and in life. I hung this list titled, “In The Next 6 – 12 months I WILL”. One of those goals was to have two top 100 Beatport tracks this year and it feels amazing to have achieved that goal but this is just the beginning and it’s time to add some new goals :).

How did Pyramind help you in your overall web and artist brand presence?

With the help of Pyramind I have a better understanding of how each individual social media platform works and how to best apply it for me. I’ve seen my reach on my Facebook page, for example, go from 1,000 views per week up to over 5,000 views per week. Also learning how to better plan for my music marketing and the amount of planning that goes into should match the amount of time you’ve spent making the track. It’s really made the biggest difference for me and people hearing my music

What will you miss most about being here on campus?

The atmosphere of like-minded people all trying to make it and pushing each other to be better. Along with all the teachers who know so much across so many different subjects, it’s amazing. There were so many “a ha” moments in the classes I had with the teachers that if I were to find them out on my own probably would have been years before I realized them.

Any words of advice to other young producers?

If making music is what you really want to do the rest of your life, realize that getting to do what you want in life has a big price tag. Eat, sleep, & dream music and cut everything out that doesn’t help you reach your goal. Next time you watch a TV show or go out with your friends ask yourself how many track ideas could you come up with in that time? Is the instant gratification of that TV show or hanging with friend at the bar worth more than the possible lifelong happiness of getting to do what you want in life?

Where do you see your career next?

For the next 12 months of my career I will have another 6 top 100 Beatport tracks. I will start gigging and I will play at a festival.