Band name: The Stages of Sleep

Album: The Stages of Sleep EP

1. Tell us about the origins of the band?

Jason, Steve and I grew up playing music together in San Rafael. We’ve had a lot of different bands, most notably Zire/Zeneva which was was basically Latin Electronica or as I liked to call it: Flamexperimetronica.  So after feeling like endless loops and beats had drained us of any dynamics and heart we decided to start a new project (with Brian Wilkerson and Seth Paris) that was fully acoustic…meaning REAL instruments and named it The Stages of Sleep.

2. Where was the album recorded?

The album was recorded initially(Nov. 2009) at a very very nice friends house in Kentfield where drums, bass, guitar, keys were layed down. As well as where the string quartet was tracked (Quartet Rouge..played at the grammy’s with Greenday).  In The following April, the tracks were taken to New York (Seaside Lounge)  where the brass headed by Seth Paris (and including Beirut’s trumpet player Kelly Pratt), Percussion (Rich Stein) and a few of the other tracks were recorded.

Finally in September it was back to Kentfeild to record vocals and our musicbox/guitar we made.

3. How did Pyramind help you in finishing this EP?

I mixed the album unsuccesfully a few times, or at least not as well as I knew the tracks COULD be and became frustrated. I enrolled at Pyramind hoping to unlock the sweet delicious golden secrets of mixing…  In January I began mixing the EP and put in tons of hours as well as got help from Pyramind staff Steve Heithecker, Daniel Blum, Matt Donner, Matt boudreau and Bryan Dale, as well as tons of feedback from other students. I mixed two of the songs at home (the bonus tracks) and the other three at school.  Bryan Dale mastered it.

4. Cool artwork! Who worked on it?

The artwork was done by a long time friend Britt Gerhard. This is her first foray into album art and she nailed it!  She is mainly a graphic designer and we hope to keep working with her. www.brittgerhard.com

5. When do we hear more productions from you?

We’ll begin mixing the other 7 songs of the full length LP (10 total) in June and hope to release the album before fall!  It’s basically a bigger badder version of the EP. The epic songs are more epic and the soft ones are.. swoonier…softer? We’re also going to release a remix CD of the EP for free featuring primarily Pyramind students as well as some well established artists. We are also going to be releasing a live session EP in some form or another.

6. Does the band play live?

Current live setup is Max Savage, Jason Ardiles, Steve Horgan, Brian Wilkerson,Eli Carlton-Pearson, Isabel Sokol-Oxman, Seth Paris and Nick Hasty (Also a current student). We have lots of new material and are gearing up to play a ton of shows.

Click the album to check it out and see what we’re working on now! 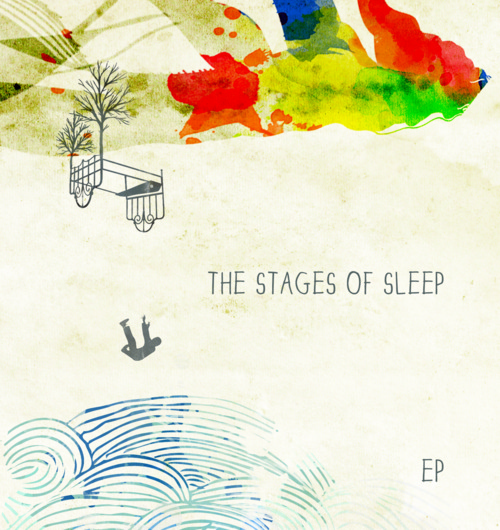