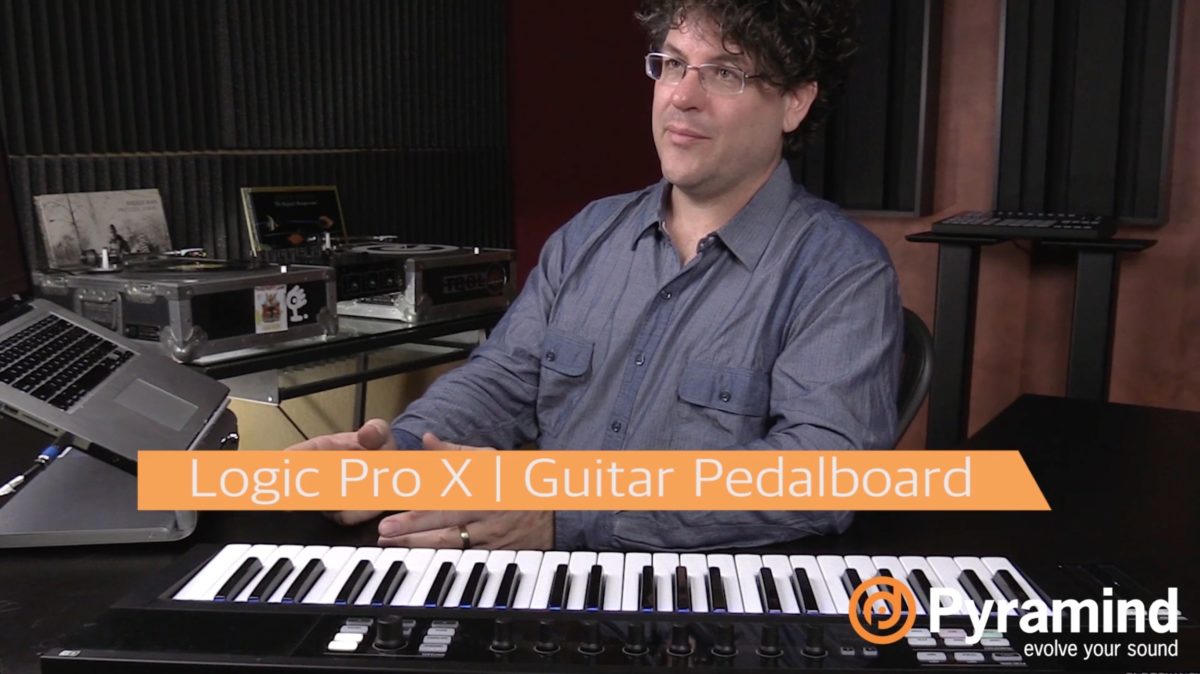 In this two tip series, Pyramind instructor Dave Earl aka SFLogicNinja walks you through the amazingly flexible Logic plugin called Guitar Amp Designer first and then Pedalboard in the second video.

Using a strummed guitar apple loop for this example, Dave showcases the power of the Amp Designer.

You can choose from Combos that are the suggested pairings of amps and cabs or create your own pairing of any amplifier head and any speaker cabinet.

You’ll quickly hear the difference as he cycles through the different combos. While these are not specifically modelled after other third party amps, they certainly nod towards iconic amps that have become the staple of guitar players through the years.

A flexible feature you don’t get with a real amp is the ability to change the EQ type and curve or change the reverb spring type, but Logic baked that into this plugin as well.

Another cool feature in Amp Designer is the ability to determine where your mic is placed on the cabinet as if you were tracking from a real amp in a studio. Dave demonstrates the effect different mic types and placements can have on the loop.

This plugin for Logic Pro X allows you to emulate real guitarist’s pedal board for a multitude of effects. Overdrive, distortion, fuzz, chorus, octact, flange, phaser, tremolo, ring modulation and one of Dave’s favorites Tube Burner. This particular pedal gives you tube amp emulation and gives you a “really nice crunchy, tubey vibe” to your sound. SpinBox is explored a bit to give you a Leslie cabinet sound as well.

He showcases some of his favorite pedals and encourages you to experiment with combinations to see what sorts of sounds you can get.

You’ll also learn how to route the signal. You don’t have to route everything in series, you can split them into stereo for individual effects and then mix the final result to your liking. You will also learn how to use your Logic smart controls to quickly and easily control any parameter on any pedal you are using within Pedalboard.

While Pedalboard is meant for guitar, it can be used for any audio channel to achieve new and interesting sounds.

We’ve developed many Logic tutorials and tips with SFlogicninja over the years. Click here to view more.