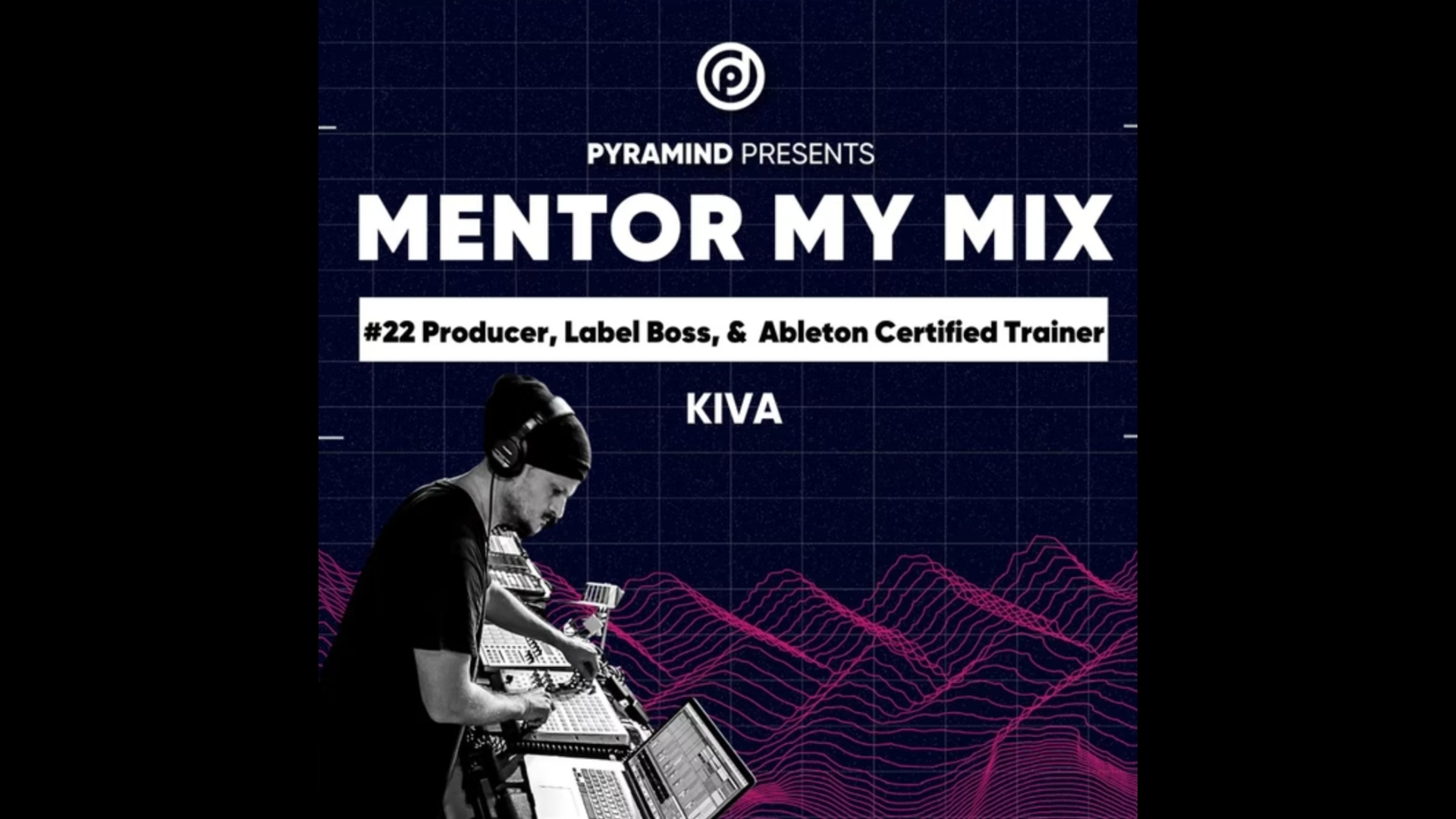 Featured tracks from Kiva’s new album are highlighted for various drum & Dub production techniques referenced in Kiva’s Pyramind Youtube videos. Kiva explains the message behind his new record and how he has held true to his vision as both an artist & producer and discusses the business of running his label Adios Babylon.

Kiva played all instruments: piano, guitar, melodica, trumpet, live percussion, live drum set, etc and sing the vocals as well. The live drums and percussion were recorded using only a laptop mic on the other side of the room to catch a dirty textured recording to blend with the clean programmed drums.

Middle Track: “Return to Your Silence” feat. Ancient King produced by Kiva from album Swords of Wisdom*the drums and percussion on this song were created using the specialized rack technique demonstrated in his drum rack tutorial for Pyramind

Ending Track: Akae Beka (pronounced Ahh-Kay Beh-Kah) “Power of the Trinity” Kiva 321 remix*. This song features one of the greatest and most prolific vocalists in the history of reggae, the late Vaughn Benjamin of St. Croix U.S. Virgin Islands who released over 70 albums with his bands Midnite and Akae Beka before he transitioned from this world in 2019. Kiva played all instruments and this song also features a beautiful acoustic guitar section near the end he composed using alternate string tunings.

His style blends elements of dub, soul, hip hop, and futuristic electronics. He has delivered his music through high-energy performances and DJ sets through sound systems from Brooklyn to Tokyo, and is a regular performer at the renowned “Dub in the Rainforest” festival in St. Croix, USVI.

DJ Kiva is also a world-renowned Ableton Live Certified Trainer with over 15 years teaching experience. He has taught Ableton and music production to over 7000+ students worldwide, from novice producers just beginning to pursue the craft, to legendary top professionals looking to embrace new music technology.

Book Kiva for a private one on one session here: https://pyramind.com/product/kiva/