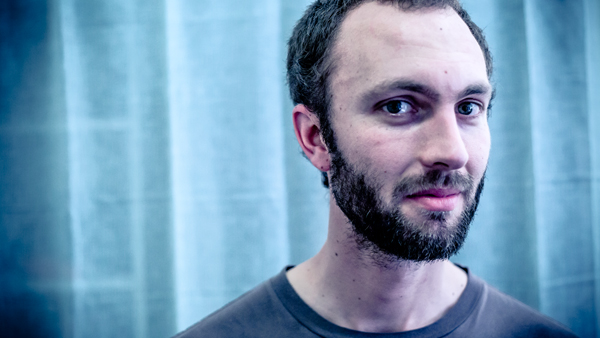 1. You have been studying music performance since childhood, what lead you to decide to study music production at Pyramind? What was your musical experience prior to coming here?

Before coming to Pyramind I took seven years of private piano lessons before attending the Giuseppe Verde Conservatory of Music in my hometown, Ravenna, Italy. I completed five of the ten years required for the Piano program before I decided that performance was not a career that was going to be sustainable or have a high probability for success.

I began taking classes at the University of Bologna and received 2 Bachelor Degrees in Electroacustic Music and Music Theory/History. Still I felt that in order to fully transition from performance into production that I had to find a place where I could study with professionals already working in the industry.

I had a friend in San Francisco who recommended Pyramind Training, so I began a dialog with the Admissions Department and asked to be put in touch with some of Pyramind’s graduates. That is how I met Camden Stoddard, who is a graduate and now works in the Audio Department at Double Fine. Through my conversations with Camden I discovered that Pyramind was the place i was looking for, capable to provide an intimate connection between the real world music industry and a top notch teaching schedule, all in one of the most amazing cities on the planet.

While i was here and after completing the DSP-C program I found that this was precisely the case. The instruction I received from my teachers, in particularly my music business classes and production and arrangement, gives me the confidence to walk into any situation and know that I have the skills to be able to deliver on what is needed.

2. What have been the most challenging things for you switching from music performance to production?

One of the biggest challenge for me was being able to step outside of my comfort zone and build relationships with my instructors and classmates to get the feedback I needed to take my music to the next level. I quickly learned not to be afraid of taking constructive criticism of my work. I learned how to be selfless when evaluating my work with outside input. That has been instrumental in taking my production to a professional level.

The other challenge that is always a work in progress is knowing how to maintain a balance between using my time to create content and getting out in the world in an effort to build relationships and network. Coming here made me realize that there are a lot of very talented and smart people that I am competing against, as well as collaborating with, I had to learn how to live up to my own expectations and understand that I had to be the ultimate package. Beyond talent, you have to be humble, pressure-proof, a good team player as well as a leader and above all else, be able to deliver.

3. Are there any particular classes you felt were more instrumental than others in helping you succeed in building a brand within yourself to market to people you have built relationships with?

Yes, those would be both the Music Business and Planning for Success classes. With Music Business there was a very fundamental grass roots sort of approach. The lessons I learned were that in the beginning you are going to have to wear many different hats and have a broad perspective of the industry at large. From the beginning of my program I have always wanted to master every possible aspect of sound. But in Music Business I learned the importance of knowing the legalese of the music industry at large and how to use them to maintain a viable career.

With Planning for Success the discussions were much more pointed toward the class on an individual level. I gained a clear understanding of what is needed in order to brand myself as an audio professional. The concepts of exposure, traction, and how to maintain a dialogue with your fan base were instrumental in understanding how to achieve visibility in a competitive field. I also gained a deeper understanding of the idea of networking and social media.

4. You have a lot of different skills ranging from Orchestral Scoring and Sound Design to Dance Production/Djing. How do you feel being so versatile is going to help you in your future?

Versatility is the key to survival, and in this profession it means be able to work on a Foley session, scoring for picture or games, making beats, design sounds. It is less about the style or genre and more about the ability to stretch and test your creativity. Especially nowadays, you have to be able to handle things across multiple genres and disciplines, and of course have a couple of killer skills that makes you stand among the others. You have to learn how to be flexible and to view production as a broad base of standards and principles.

My dream job is probably as music composer over different styles and different projects, which i have been doing for the past eight years but always in a home-studio situation, which has made me understand how much I benefit, from a productive and personal level, to work in a team environment. My two partners in the Speaker Bomb project (Massimiliano and Enzo) as well as all the classmates I have worked with during and after school are a great example of how a different set of ears, backgrounds and personalities can fuse together in a single artistic vision. It’s so easy to get stuck by yourself, to perceive constructive critiques towards your music as personal critiques. Again: be selfless, humble and true to yourself, ask for help and feedback.

Would be awesome to eventually become a world-touring DJ, even if might be a very challenging choice in terms of longevity of career. In class we have been asked to define what success means for us, then quantify and to plan towards it. It’s one of the hardest and deepest question you can ask yourself.

5. What do you currently have going on in the way of production in both the Game Audio and Electronic Music sides of your career?

Right now I’m working as Sound Designer and Composer for an indie video game made by students from a Game Design Master at the University of Santa Clara, leading a team of two Pyramind Alumni, which is awesome! This is what I would consider the first real boot camp after my graduation. It really requires ability to handle professional dynamics between the audio and development team, long hours and tight deadlines. The game is titled “Tremble” and will have one level ready to show at the upcoming GDC 2014 in San Francisco, in the hope to get some attention and feedback.

On the electronic side of things I recently released a new EP and several remixes and collaborations with my TurboFunk project, Speaker Bomb. The latest EP is titled “Rock the Beat” and has been released on Passenger Records (UK) getting good feedback from producers and dance-floors, as far as collaboration and remixes we have just released a free track with Birdee on Body Heat Records (IT) and a remix for Reset! on Vicious Bitch Records (AUS). 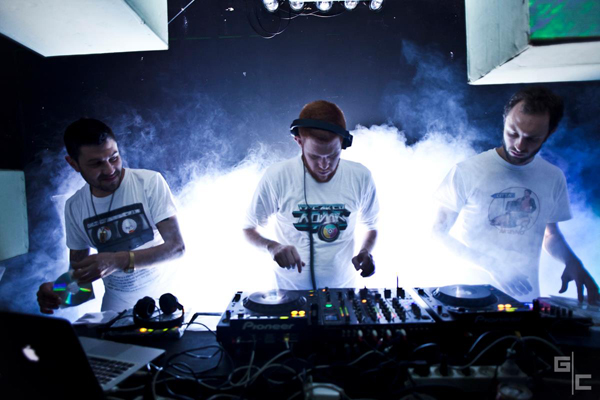 6. For those of us less intimate with the jungle of the sub-genres of the so-called EDM, how would you best describe the peculiarity of the TurboFunk style?

Just to give some background on my TurboFunk project , my actual partners come from an almost opposite musical background compared to mine : DnB and Break-beat for them Vs my Classical and Dance Music. However, Funk and Hip Hop were common sacred grounds to the three of us, so as time went by and the production got easier, we started orienting our sound towards something more funky and disco-infused, but always catchy and banging on the dance-floor.

Almost at in the same period we got in contact with another crew of producers from Milan (Reset!), already successfully pushing an incredibly similar musical idea: a cheese-free music still capable to smash dance-floors but bringing back the grooves and the style of the Funk and Hip Hop tradition, with a more actual sound. About upcoming projects we are happy to be able to remix an old track from Noisia, huge piece of inspiration for us named “Gutterpump”.

Download a free prospectus below and learn more about the School & Programs!