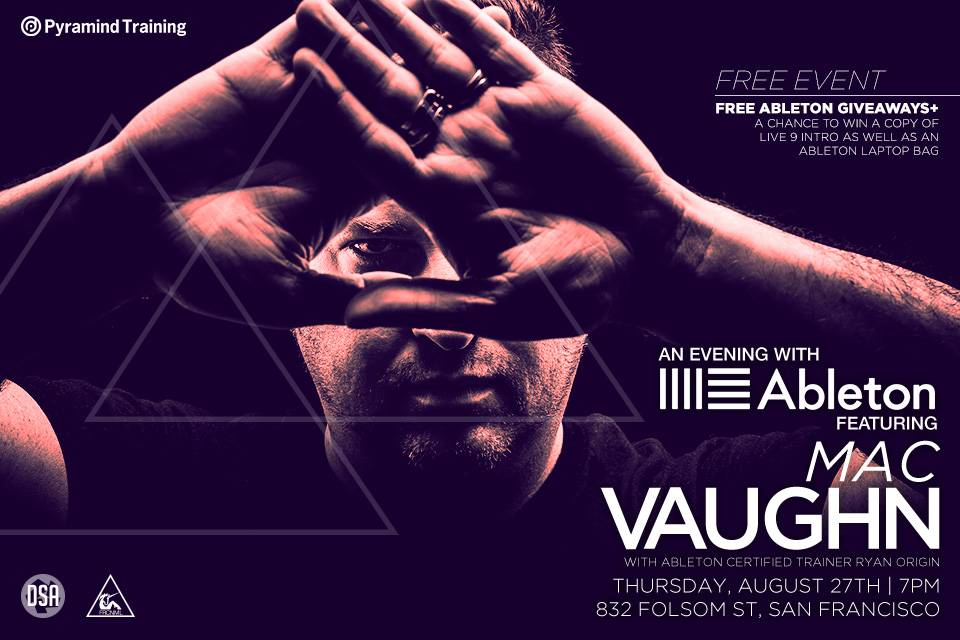 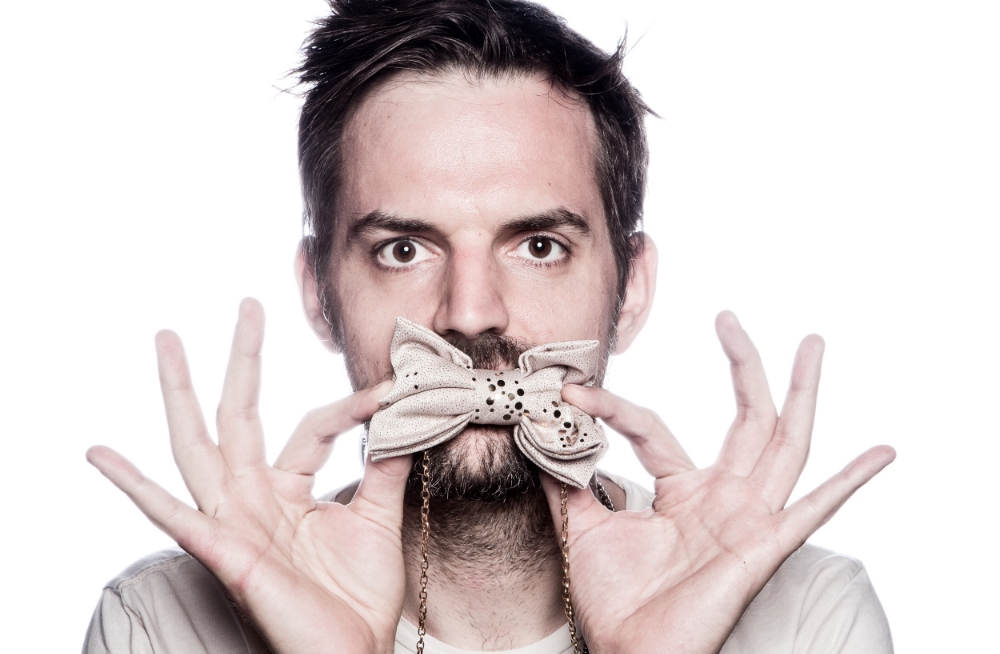 Max for Live with Ryan Origin

Ableton Certified Trainer Ryan Origin will kick the evening off with a deep dive into the exciting world of Max for Live Devices which comes stock in the Live 9 Suite. Far more than just another crop of plugins, Max for Live is a flexible visual programming environment that lets you build instruments and effects to use in your Ableton Live tracks. Ryan will also get into some of his own production tricks that have garnered him attention and recognition within the Drum & Bass and Dubstep worlds from artists like Photek and Flinch. 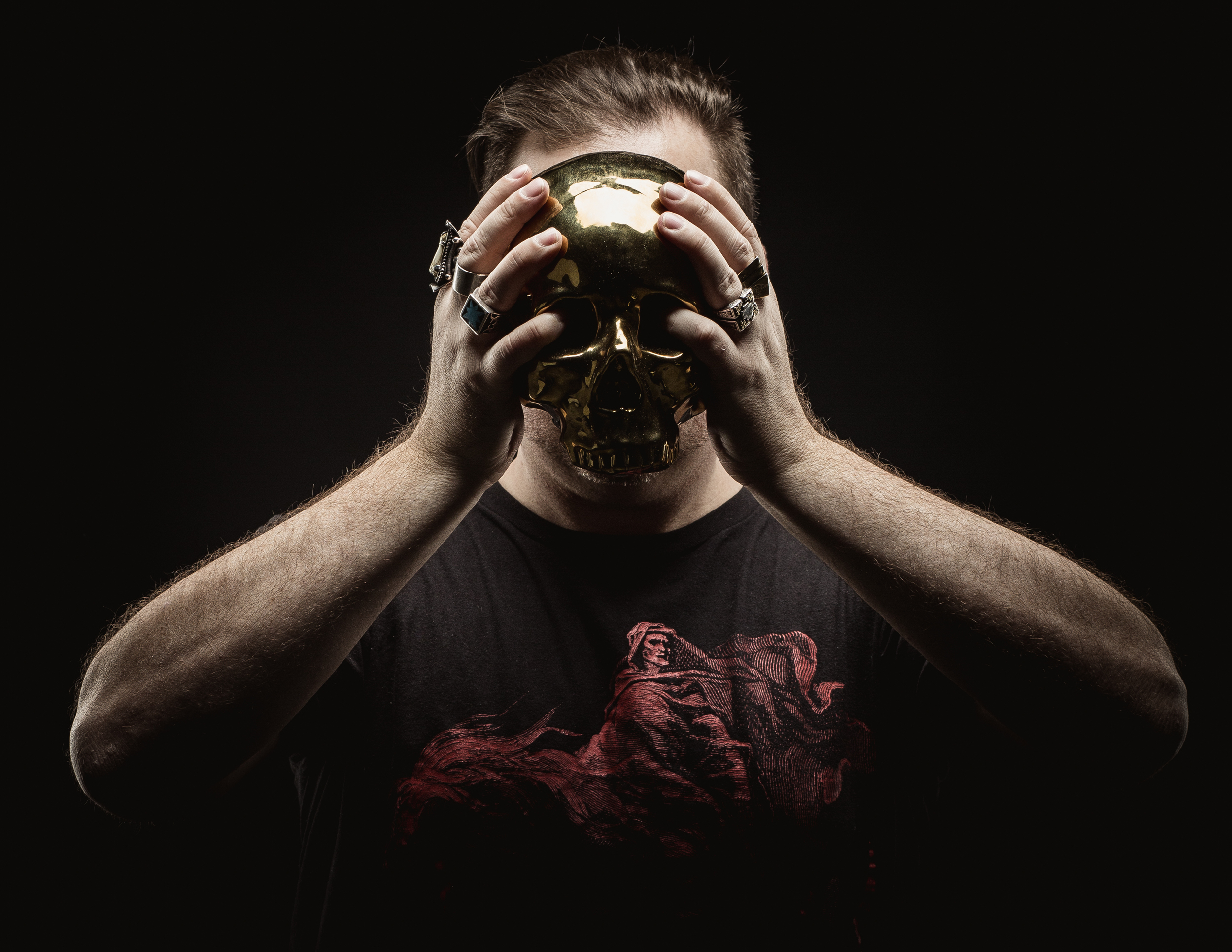 Mastering in Ableton with Mac Vaughn

Mac Vaughn will lead the latter half of the night and walk you through his mastering process in Ableton. His company Dark Star Audio has been offering mixing and mastering services for the last 6 years and he’s going to show you his workflow here at Pyramind. Mac will also talk about his entire career path.  What it was like starting his label Fierce Animals, his DJ career, writing music for film and television, his mastering company and his sample library. 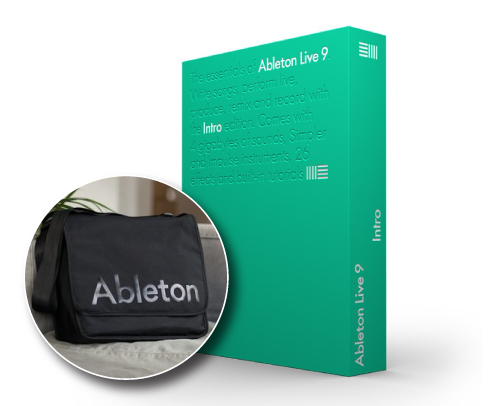 The fine folks at Ableton wouldn’t want you to leave this event empty handed, now would they? They will be giving away free goodies (or swag as we say in the industry).  By attending the event you will also have a chance to walk away with a copy of Live 9 Intro, an Ableton laptop bag or a Pyramind Hoodie.

A recent release by Dhyan Droik on Mac Vaughn’s Fierce Animals label including a remix from the label owner himself.

Bruce Mac Vaughn, known in the world of minimal techno world as “Mac Vaughn”, began his electronic music career in 2000. Requests for his DJ performance took him all across the globe. In 2008 he dedicated his full attention to music production. Mac Vaughn’s momentum pushed him further and further towards his goal of releasing cutting edge music to the world. In 2012 alone, he had over 8 tracks charted in the Beatport Minimal top 100 and not a single year has gone by he hasn’t lost the trend. Catching the attention of today’s most renowned labels and artists, Mac Vaughn is approached for original tracks and remixes on a daily basis.

Not only a master in the studio, he is also no stranger to working a crowd. From large festival style parties to small venues, when he performs, his passion for music is shared with the crowd as he reads their energy and draws them into his journey. His style can be described as a fresh take on the minimal genre, working in elements of electro and glitch to make a deep, dark and funky style. “When I zeroed in on minimal, I finally felt like I had found a genre of electronic music that really spoke a different kind of language. It doesn’t jump out at you and say ‘hey look at me I’m loud and up in your face’. It’s so good that it doesn’t need to. This is why I am so passionate about this genre and want to keep it fresh”.

Ryan Origin is an electronic musician, sound designer, engineer, and Ableton Certified Trainer from Los Angeles. He obtained his Audio Technology Diploma at SAE Los Angeles, and before graduating was teaching their Electronic Music Production Program. He continues to teach classes and give lectures throughout Southern California. Since 2001, Ryan has created original music and film scores with a diverse list of artists, including George Clinton, Jerome Dillon (Nine Inch Nails), Photek, UFO!, Gridlok, Flinch, Salva, and members of LA Riots, among others. His music has been released on influential labels as diverse as Interscope, !K7, and SMOG, in addition to numerous underground imprints in the US and Europe.