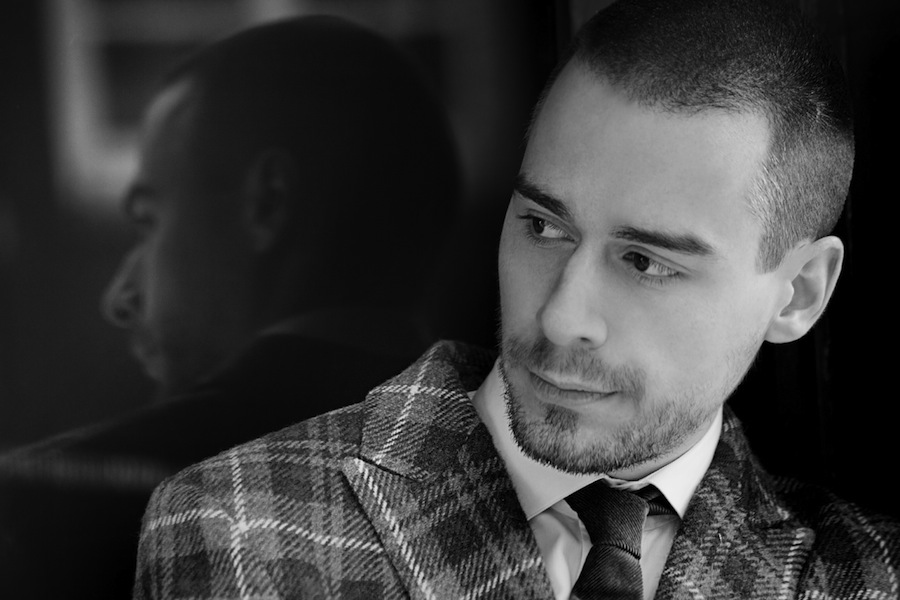 Germany-based live performer and producer Stimming digs deep into his Ableton Live setup and production process in Cubase. Martin Stimming was born in Giessen, Germany, Playing various instruments like violin, piano and drums when he was 10 years old, discovering electronic music 5 years after. DJ Krush and Grooverider provided his introduction into this new electronic sound dimension.

Martin opens with some music and a look at his live gear setup and Ableton session.

Reverb and granulation plug-ins, compression and integration of NI Maschine.

Building scenes in Ableton for flexibility, a look at Steinberg Cubase and building a groove from scratch.

Tracking and editing tambourine into Cubase over a Maschine-driven beat, recording an FM8 bass line.

The Deadmau5 remix ‘Raise Your Weapon’ and its sounds, adjusting phase, audience questions and a look at the track ‘Cold Water’ from Stimming’s new album, ‘Liquorice’.

San Francisco is obviously a really beautiful city. We had a party yesterday. Last night was really, really nice. Warm, friendly people. I rocked the crowd. Really rocked them for 1 1/2 hours. The most special and the most interesting thing was the course I made at Pyramind studios when I did some education stuff for 2 hours and I showed the people how my live set was built and answering questions about producing and touring.

The question was if the Maschine has it’s own track, it’s track number 8, and in the Maschine I have the different songs like the bass drum, two claps for that one, a little bit different, then I switched to Cubase and show how I record. I was able to show what’s important while doing this and putting in some weird percussions. Then came back to the live set and showing some tricks with bass drum layering and stuff like that. Some swing, this is the most important thing, everyone is crying and shouting at the bass, so let’s put it back in. It’s so easy and it’s kind of annoying that it’s so easy. It is like that. I’ve accepted that for techno.

I’m a strong believer in quality. Anything quality finds its way. I just make music. Good music, at least I think. This is how it worked for me and my music.