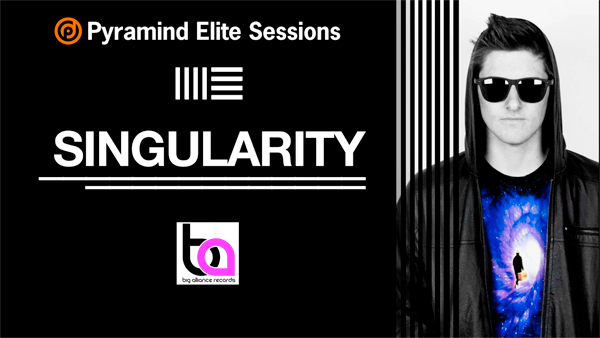 Kyle kicks off the presentation by stressing the importance of establishing a really strong sounding drum kit to lay the foundation for a track. Using his remix of ‘Demons’ as an example, he demonstrates how he chooses, tunes, EQ’s and layers his kick and snare sounds to get a tight, punchy sonic character.

Next, he breaks down his synth pad sound using a simple Massive setting and shows how to use layering and offset to create a rich, yet clean sound suitable for complex chords. He also illustrates how to use Razor for creative sound design techniques, using Autofilter and LFO tool to create movement, and how to use an extensive effects chain on simple presets to create huge sounds. Finally, Kyle talks about his approach to arranging and chord voicing and how contrasting tense and relaxed song sections can create an effective energetic impact.

Kyle dissects his vocal processing and compression techniques and advises not to worry about ‘breaking the rules’, but to simply use what sounds good. He looks at detuning layers of a Massive lead sound to fatten and add impact.

Next, he looks at using creative percussion articulations and rhythmic motifs in drum programming to add tension and deviate from the 4/4 norm, and to switch up snare sounds in different sections to add contrast. He offers his take on when clipping is bad, why you should take risks and be original, using odd time signatures, creating unusual arrangements arcs.

In this part, Kyle shows his general production approach to his ‘Toxic’ remix and how he processed the vocal parts. He talks about networking with Vocalists and other artists, and why limiting your toolset can help you keep productive as an artist. He also discusses his creative workflow and how to stay inspired.

Finally, he runs through production techniques in ‘Stacy’s Mom’, talks about his approach to performing live and wraps up with a final Q&A with the audience.

How to Make Dubstep Drums

Singularity:    I come from a drumming background, and so my main focus, I feel like, is drums. I feel like, if you have a really solid drum track, it’s just the bass line for everything else. I’m going to start with that.

I’m using a lot of layers here, but this is the best drum sound I’ve come up with so far. Here’s my kick. I’ve started … Let’s start with FM8. Okay, I’ve started using an 808 at 41 hertz under the kick ’cause I’ve found that a lot of the kicks that I’m using are kind of centered at 60 hertz for instance … Get some volume here … If you look at where this is centered, this is the kick that I usually use. It doesn’t really go as low as I want it to. I’ve been listening to a lot of Knife Party and analyzing the frequencies, it’s … They’re really centered at 41 even in the dub step stuff, even with electro, all over the place, it’s at 41.

I have this FM8 here, and that’s pretty low. That’s 41 hertz … That’s … A lot of speakers won’t even pick that up, but at the club, you’ll definitely hear that. If you see, with the spectrum here … Let’s open it up here. Yeah. That’s right there at 40, 41 hertz area, and I’m basically just EQing just the bottom in there. You’ll notice also here, I have a compressor, and that’s side chained to the kick also. If I take this off, I’ve noticed that that’s just too much, but I kind of want it to come afterwards. Right? I have that side chained in, and then the top.

Together … I’ll take off this … Okay, the difference there is really huge, especially when playing live. I find that when my tracks get mastered, it somehow takes out a lot of the low end when it’s squished so this really helps with that. Any questions on that at all?

Man in audience:    So how many layers is that kit? The one … Is it three layers?

Singularity:    Yeah. Right. I’m using three at the moment. I used to only use one, but the more I go on the more I realize this is for laptops, I need that click in there, and then this is the main body of it. Then I take out the low end to make room for this. Yeah, there’s three. There’s this … Kind of the punch of it, the mid, that real low end for the clubs, and there’s a click. All good on that?

Singularity:    Let me see. I know that this one is. This top one is. I really like the dirty electro two-pack. I think I’m also shortening it too. Yeah. It’s at 1.14. It’s a little long for me so I think I shorten it too. Yeah. These two are Vengeance and, like I said, this one’s just an 808 from FM8.

Let’s move on. There’s the kick, that’s as far as I’ve gotten so far. It’s, for me, drums is just an ongoing process. It’s, like I said, my main focus pretty much. I just have snare days where I’ll work on my snare for like 8 hours, 10 hours. I’ve never put hours into drums and regretted it. That’s something I would recommend, just spending a long time just on one drum.

All right, so here’s my snare. By the way, this is the boring part, I get that. Yeah. All this stuff really helps. So this is a bunch of layers. I have that, kind of doing the same type of thing, but with a little more layers in there. I have the trigger which we’ll talk about later. This is for the top end, that white noise tap in. Then, one thing I’ve recently started doing, is I have a really acoustic sounding snare on top of it. Let’s check the whole thing here.

One thing I’ve learned doing this is there’s a sweet spot when it comes to the length of your drums. If it’s too short, it’s … Let me try this. I’m going to put a gate on here. If you have it too short … All right, it’s not working out, you just gotta trust me here. If it’s too short, it’s not going to have that punch that you want, but if it’s too long, it also loses punch in a weird way. You just got to find that sweet spot, and then you’re going to want to work with reverb tails on a clap to give it the illusion of being long especially when you are making dub step and things like that.

The rest of it is pretty self explanatory with just basic high hats and stuff. Let’s play the whole thing now. Here we go. Yeah. There’s that. It’s a pretty simple beat, but yeah. Any questions about drums at all? Yeah.

Singularity:    It’s pretty much, for the most part, I’m compressing the group. When it comes to my kick, I’m actually not compressing at all. Yeah. It’s pretty much just straight, but with the snare I have a compressor over the group, and that’s it. Everything else is pretty dry, just EQ within the group. Yeah. All good?

Singularity:    Okay. Yeah. When it comes to high hats, and when it comes to drums in general, usually my favorite sound is the most organic one. I don’t really tend to like the high hats that, I don’t know, that sound techno, you know? I like something that sounds like it’s actually on a kit, coming from a drummer’s perspective. When I’m picking high hat samples, I try to get ones that sound as close to a real set as possible.

You’ll notice a huge part of making something sound realistic and organic has to do with dynamics. I’m not only affecting, if you go in here. I’m not only affecting the volume of the hits, which is obviously really important, but I’m also affecting the length of the decay time. The louder it is, the longer it decays for. It’s going to sound really unnatural, let’s say, if I took this out. This is going to sound really unnatural to me. That’s not how drums work. Usually if you hit something softer, it’s going to be for a shorter amount of time, and if you hit something louder, it’s going to be for a longer amount of time. I’ve artificially done that in here with … You’ll notice, yeah, the longer, or the louder, the hit is the longer it goes for.

I guess other than that, it’s just sample choice, it’s a lot of, just, t t ch t ch ch ch. You guys know that. Yeah, does that work? Okay. Cool. Let’s move on.