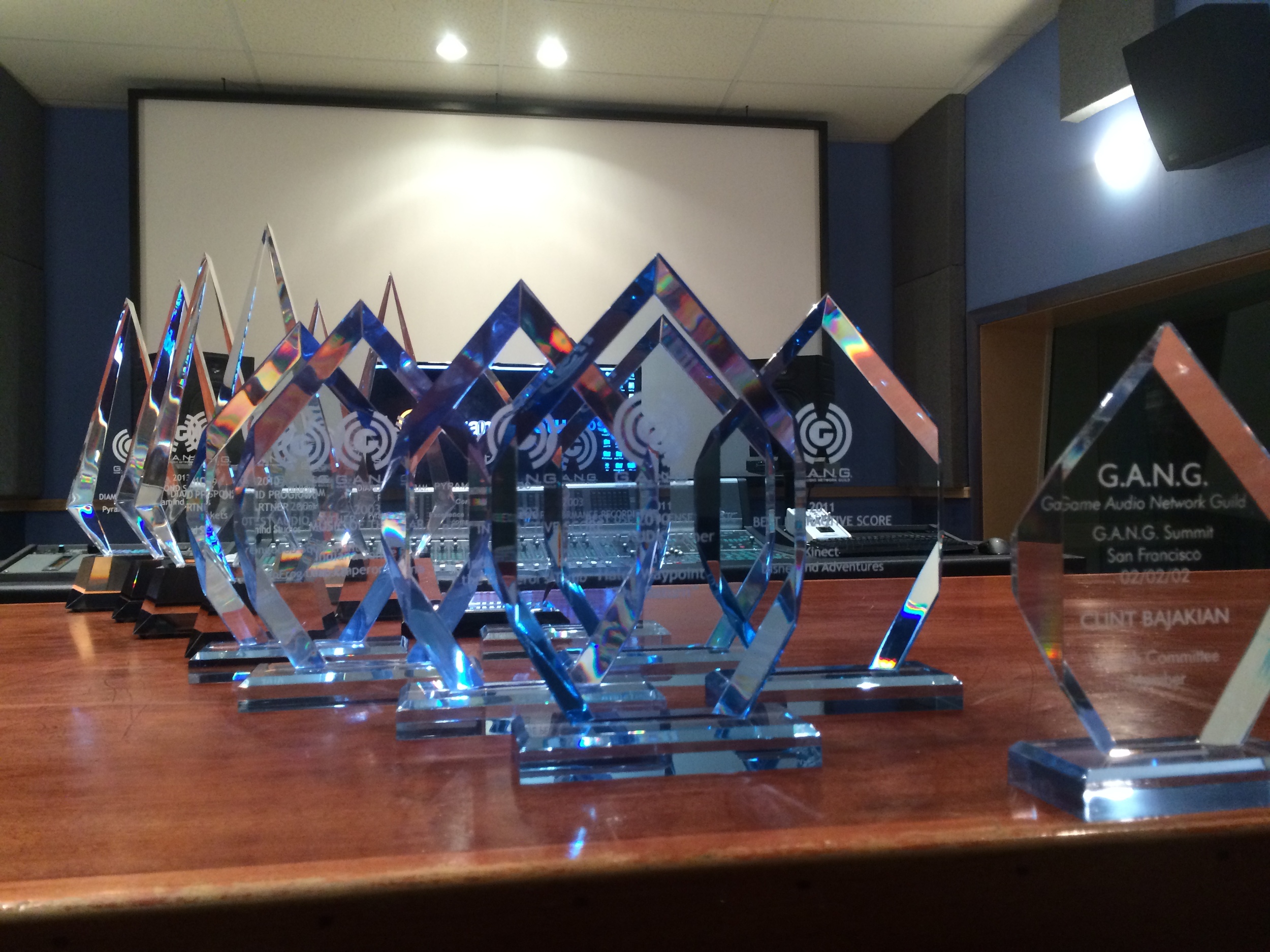 My post a couple weeks ago, “5 Tips to Producing an Award Winning Game Soundtrack”, presented a high level view with emphasis on dynamic human collaboration. This time we’ll drill down to specific goals in scoring games with strong narratives. 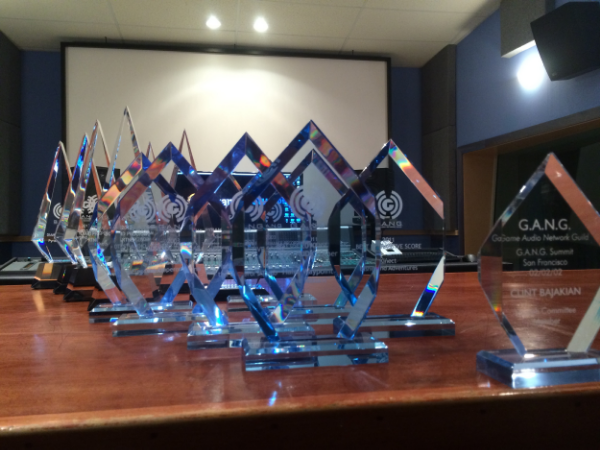 Defining a musical approach for your title is the most important part of the creative process – it’s the Dream Phase. When successful and faithfully realized, the process naturally arrives at a concept worthy of audience appreciation. Hasty assumptions at this stage, such as discounting ‘out of the box’ approaches, or over referencing existing scores in a similar genre are your worst enemy.

This is one of the most collaborative phases in the process, where stakeholders can share ideas and forge an innovative approach. One technique is to mix different existing pieces of music into one mashup (albeit often sloppy sounding), or have a musician layer new contrasting elements on top of existing compositions, so as to roughly simulate a novel sound (such as sequencing African drums over a Satie piano piece).

This phase should conclude with only a sketchy idea of what is desired, as getting too specific can box in your creative team and limit inspiration. In the end, like waking from a dream, the details are lost but the essence is gained.  To enter the next phase with this ideal direction in hand requires special talent in managing complex concepts in a cohesive manner – in other words, what directors do best!

Now we have an imagined sound that we can only hint at through crude verbiage and a few mp3s.  While creative direction is deliberately kept loose, it has to be specific enough to identify the right talent and guide him or her down the right path. Other than talent, three qualities are critical for your composer:

The first two are self explanatory, but here melody is intended in a broader, deeper sense: the ability to conduct musical ideas in a way that tells a story and draws the player into the game world. With these three qualities begins a ‘hands in the paint’ collaboration with fewer stakeholders directly involved.

Be sure to engage a composer – big name or not – who will genuinely invest in your project’s success. Based on whatever videos or images are made available, the composer drafts musical “demos” that are reviewed and discussed in a preliminary prototype phase. This should be a light-hearted, experimental process about trying things and bending ideas to see what magic might result.  And it can’t be rushed! This partnership is not about filling an order, but setting the aesthetic foundation for the entire soundtrack.

Custom thematic treatment of principal story features and characters tends to be one of the hallmarks of award winning soundtracks. Planning these structural elements simply acknowledges that music is an intensely powerful element in the game – one that can command acclaim, even for the overall title.

Moreover, the general role of the music needs to be defined up front – does the music play a more background mood role, or does it roar to the fore, or something in the middle. Music in games is more emphatic than in film because it not only scores the dramatic situation in the game, but the player’s kinetic experience on the couch! The best game soundtracks express the emotion of the entire game directly to the player, transcending just a subordinate adjunct to game play.

In terms of narrative, a film is constantly telling the story while a game often suspends the story with time-consuming puzzles such as taking several minutes to scale a wall, or find a secret entrance.  Here’s where music can step up and tell the story when the game can’t. Discover ways in which the musical score can evolve its own narrative, developing its own musical story throughout the course of game play – one that complements  the narrative in the game. For example, a principal theme can morph and evolve with the evolution of the protagonist or storyline. How and where the music accomplishes these goals is all about successful score design.

In an orchestral scoring process, as rough drafts mount up (usually in the form of virtually realized demos), orchestration, music preparation, and recording is planned and budgeted.  While some orchestras are pricier than others, remember that top tier musicians will nail takes faster, bringing costs actually closer to less expensive solutions – not to mention maximizing quality which is your best friend in all things.

For video game recordings, we prefer to record the different families (brass, strings, etc.) of the orchestra and soloists separately.  This yields flexibility in post-production mixing and editorial, and creates possibilities for layered adaptive behaviors at runtime. Now, separately doesn’t necessarily need to happen in different sessions – the full orchestra can all sit together, run the cue a couple times (serving as a rehearsal and a recording of the full composition) then record their parts separately. You get the right spatial relationships this way, and the musicians have the advantage of just having blended with their musical counterparts and seen how their part fits into the whole (what an orchestra is all about). Further, all the physical instruments are in the same room, at the same time, and the same temperature – subtleties abound! While everyone is on the clock even during downtime, the savings in overall studio time helps compensate that cost along with these other inherent benefits.

Be sure to record alternate takes, some with the melody, some without, some softer, some louder, to have options down the road. Your plan for in-game adaptive behaviors should influence your agenda in the recording sessions. And of course, it pays to remember that these musicians and engineers are the realizers of your and your composer’s vision – they bring it all to life.  Great results come from showing gratitude and appreciation, above and beyond expecting excellent service.

5. Music Integration – A Commitment to Quality 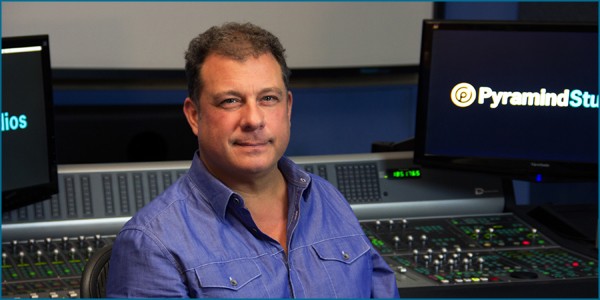 It is often said that the quality of the music itself is only half the equation to a successful soundtrack, and that the other half is thoughtful integration into the game. Nothing could be truer. Even in some top titles we see wonderful music integrated poorly – often enough for non-industry players to comment on issues like over repetition, jagged transitions, lack of variety, and aesthetic mismatches to picture. Beyond just impacting the musical experience, these issues detract from the overall quality of game play.

Great integration is a key to award winning quality and recognition. Remember, the composer isn’t scoring the game – the music integrator is. And the music integrator is also driving the needs in music editorial – that is, the integration method should inform how the source tracks need to be remixed and edited to derive custom cues for each situation in the game. Understanding the relationship between post-production and music integration is the key to taking your musical soundtrack from a folder full of great tracks to a compelling and even mind blowing soundtrack that boosts the entire entertainment experience. How to do this? Simply put, make sure that your music team is well equipped with the vision, motivation, experience, and technology to do extraordinary work.