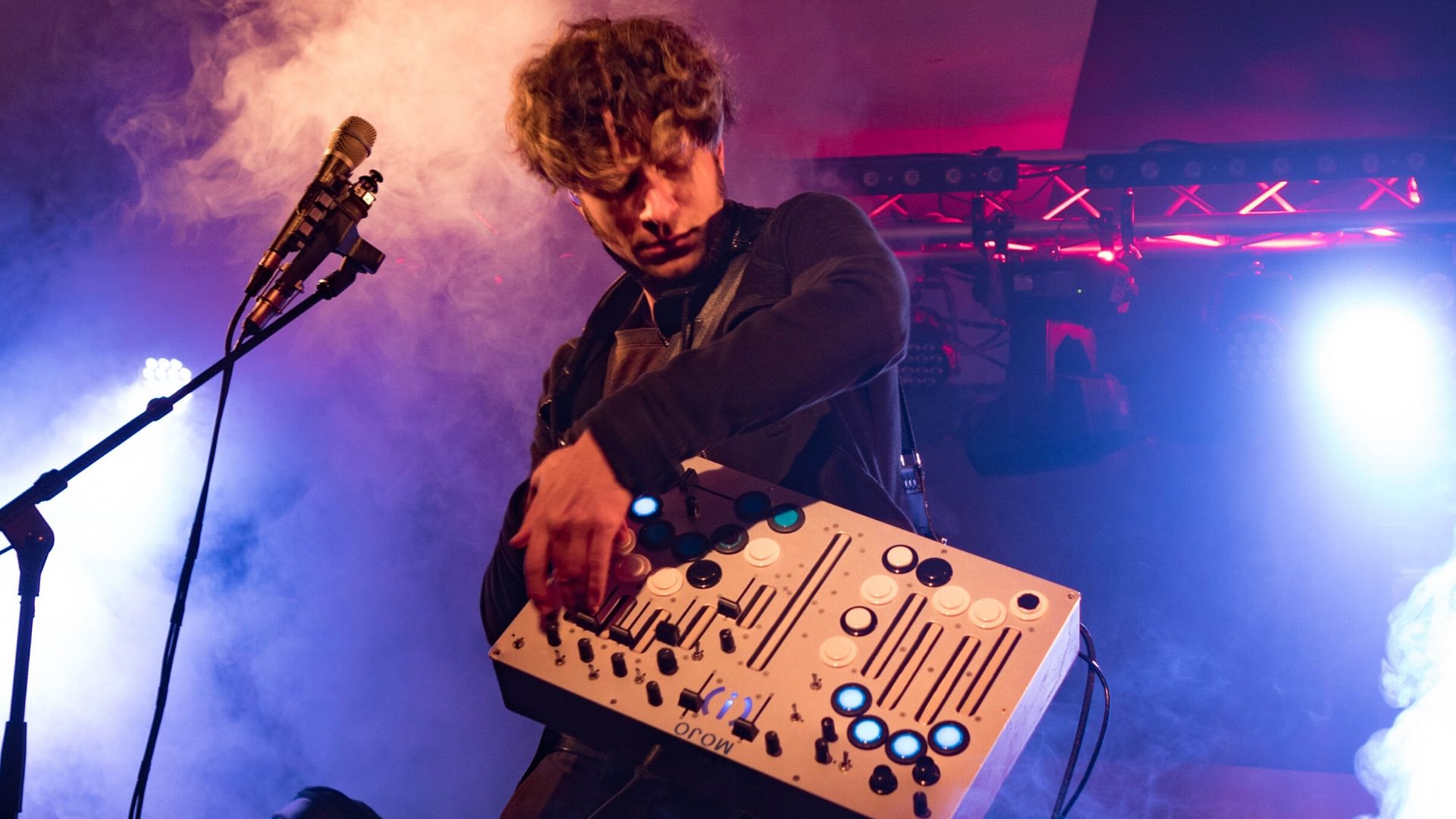 Matt Moldover is considered by many to be the godfather of controllerism. This is due to his insatiable desire to create new instruments that allow him to perform his music in ways never thought of before. From motions sensors in an electric guitar to a hand-held microphone controller with built in effects, Moldover has vastly changed what is possible with hardware.

We recently had the great pleasure of hosting Moldover for a live webinar where he showed off his devices and Ableton setup in his home studio. From building effects racks to techniques for performing with MIDI, Moldover covered it all. We’ve added the full video below but here’s some of the most interesting tips we think you should know.

For those of you interested in working with Matt on your own live setup you can now book him through our extensive mentorship network. Book a one-on-one session with Moldover now.

At minute 4:30 Moldover shows off the second iteration of this controller and explains the ergonomics behind it and how he uses it to interact with Ableton and manipulate his live set.

At minute 6:30 he shows off another nifty contraption called the Robocaster which is basically a MIDI controller mixed with a guitar. Within the guitar he also implanted a motion sensor which allows him to affect his guitar sound but lifting the neck or turning the guitar on the z-axis. He also has multiple buttons within the pick guard that are mapped to Ableton effects.

After building an augmented guitar instrument he wanted to make an augmented voice instrument and so came the rise of the MC-1. This device has multiple buttons on the grip which are mapped to MIDI controls in Ableton as well. He also integrated a thumb joy-stick on the top in order to control functions with an x-y pad.

At around minute 16:00 he goes into his Ableton set and how he programs everything to work with his controllers. By utilizing the map function in instrument racks he is able to get very complex and interesting sounds. However, when you look at his racks he points out that there’s only one or two macros for each which allows him to keep things compartmentalized and clear when designing.

At minute 29:00 he goes through his full Live Session to show how he organizes his tracks, sounds and effects.

At minute 33:00 he goes into how he uses Max for Live in his set which he refers to as little widgets that allow you to hack Ableton to do what you want to do.

Set List Fire – This is a max for live device that he and a friend built that pulls a text file into your Ableton set that allows you to re-arrange your set list and then press a button to go directly to that part of your session. 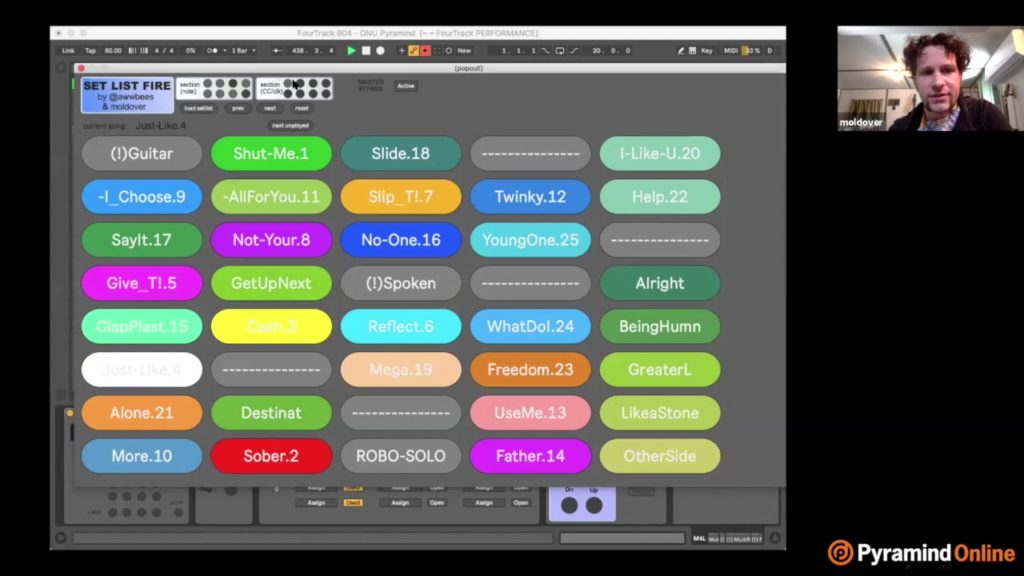 Multi Mapper – He uses this device to use one knob to affect many different things at once.

As you can see from watching the video below, Matt Moldover is an epic musician that is incredibly inventive and creative. He’s built an arsenal of audio tools both soft and hard to get the music from his head to the crowd and he has found great success with his inventions.

Make sure you book a live session with him here and watch the full video below for more in-depth details.