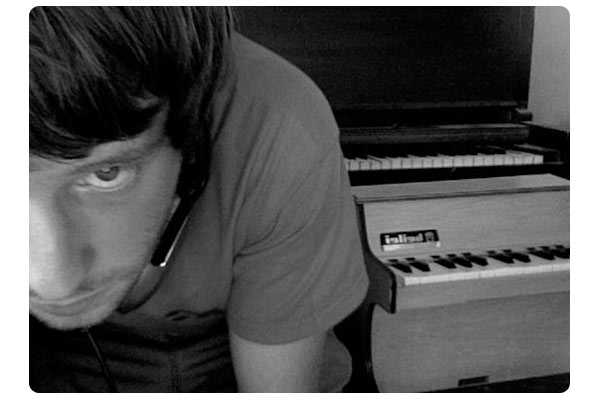 From Connor Moore’s experience growing up immersed in an environment of jazz and world music, he developed a unique style of production combining ethereal melodic concepts with heavy breaks and syncopation. His sound has been compared to the likes of DJ Shadow, Four Tet, and Bonobo.

Throughout his youth, Connor played guitar, bass, piano and drums, which helped shape his organic sound. His blending of live instrumentation with electronic music through unique forms of production, is a distinguishing trait in his music. While in college, he began to embrace DJ culture and hosted various radio programs over a four year period which enabled him to discover many different styles and genres that made a profound impact on his song writing and production style.

I just got finished working on the Audio Post for a Rugby documentary and am currently bidding on a music composition job working with AKQA, which is an interactive design firm here in SF, as well as the Gap stores. I’m also playing keys and writing music with the band Catholic Radio, which is an Alt Rock/Psych band composed of my two brothers, myself and a friend of ours. Kind of a Jonas Brothers/Hanson thing….Ha Ha…Kidding!

How do you feel Pyramind best prepared you for your career in the music/sound industry?

Where to start? There are so many different elements to the program that prepare you to go into the music industry. I feel like the theory and songwriting really stepped up my game in a major way as far as writing music for specific moods and building out arrangements to fit that mood. That really has helped me in writing music for interactive media and continues to be a source of education for me. Also, the mixing class facilitated that in defining the main players in a piece of music and finding how you can make those more prominent in your mix.

The business classes were super helpful as well, because in order to survive in this industry you have to be able to identify the various streams of revenue from which you can make a living.

I remember the first freelance job I got while I was a student like it was yesterday.

I’d met a friend of my brothers and he was working as a creative director at an interactive design firm who was looking for someone to score their product presentation to the CEO of Samsung and I jumped at it. Shortly thereafter, I wanted to talk with both Greg Gordon and Dave Earl about technicalities because I had no experience and was actually really nervous. They were great in all the advice they gave me and looking back on it, I couldn’t have completed that job without having them and the school as a resource. From using the studios to just getting one on one professional advice at the drop of a hat, Pyramind helped me to be more confident and taking on the job and finishing it in a timely manner.

It’s funny how it worked out actually. I met a friend of my brother’s who was working at an interactive design firm in the city and we got to talking about how I was interested in writing music for interactive media. It all started with me sending him samples of both my music and sound design work, which was followed by a meeting with him and the creative director of the project.

After an introductory glance at the project, I began building out various musical sketches I’d been working on over the last year. I’m constantly writing in various genres, and I use this as a stepping stone to reference when I get contacted by companies or people to work with. It’s essentially a database of compositions that I can reference to build music specifically for different projects, including their mood and vision. It gives me a head start to work from.

After building out the compositions, I reviewed them with my client and made the adjustments to suit the needs of the project. Once the music was locked down, I moved on to the sound design aspect of the project, which was essentially creating transition sounds that moved the presentation along to different segments, as well as creating user interface sounds that accompanied their new product.

Did you learn anything valuable in the process? 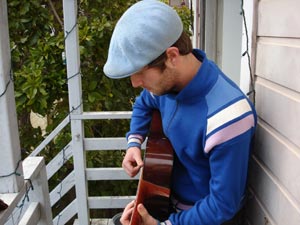 The most valuable thing I learned from this project was the importance of communication.

Music and sound design is such a subjective appreciation, and at the end of the day it’s not about whether or not you like it. It’s all about, does it suit the project and client expectations? That said, I initially went in with a more Macintosh approach to the sound design. By this I mean more clean and streamlined click sounds. After presenting these ideas, I found that what the client was after was more ambient tones to separate the Samsung product from a Mac product.

Communication is also important within creative projects because there is so many styles of music and sound that can be chosen. What I think is edgy and has attitude may sound completely different to someone of a different age or demographic.

What’s your one application / instrument / software tool / synth that you cannot live without?

My main go to applications are Pro Tools, Reason, and Live. I use these all for various stages in the writing and sound design process, and also together through Rewire. I really like the creative ability of using Live and I also love the sounds and tweakability in Reason. Without a doubt, Pro Tools sounds the cleanest, but I’ve come to the realization that I like to have a more gritty sound quality at times which I can get from other applications.

As for instrumentation, I never leave my instruments lonely. I’m originally a musician and I feel like you can lose a lot of feeling and humanness in music without organic elements depending on the genre. I always go to my guitars and bass for writing. I play a Epiphone Sheraton electric and a Gibson ’74 classical that I use in so many projects which help to emphasize an organic feel and almost always play bass organic with various synth bass layers for more depth.

Ask as many questions as you possibly can in classes and experiment with various ways of creating. I’ve found that the best way to learn is by getting your hands dirty. Press buttons and turn knobs and learn from your experience. Along with that, put yourself out there. Collaborate with people and put yourself in a position where you have numerous doors to open up.

Also, be patient and learn to communicate with people because, at the end of the day it’s all about good communication between you and anyone else your working with.

I’m about to launch my website here in a few weeks and I plan to do a big outreach campaign to various companies I’d like to work with for score, sound design and audio post. I plan to continue writing music for interactive media and want to get involved with as many projects as I can to continue the learning process.

Find out more and see Connor’s projects at http://www.cmooresound.com and his SoundCloud.