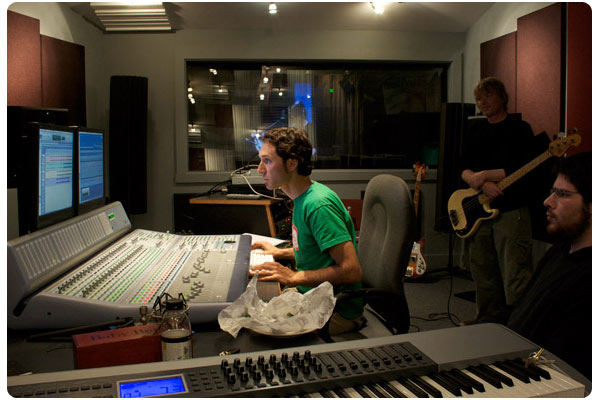 I currently own and run my own small music studio called The Petting Zoo.  I produce and record roots, Americana, indie and blues artists.

Right now, I’m producing the debut CD “Simple Things” for a singer-songwriter named Kwame Copeland. I’m also working on a Solo EP follow-up to my “Petting Zoo” CD (2006).  And I’m wrapping up the mixes on an EP for a group called Memory Canvas that were started earlier in the year.  (Memory Canvas is an electro-folk duo combining classic song structure and guitar work with haunting lead vocals and harmonies.  Check ‘em out!)

I also just worked with two great songwriters, Ian Franklin Wilkerson and Ryan Mintz. Ian is a Berklee Music grad with some great jazz and funk creds, and we tracked two singles I’ll be mixing later this month. And Ryan tracked an acoustic version of the song “Welcome Home” for a film. Hopefully we’ll be producing a full band arrangement of the tune soon!

I’ve also been involved with various voiceover projects at Pyramind, most notably recording dialogue for“BioShock 2”.  AND, as if that’s not enough, I’ve been teaching bass workshops on Monday evenings at the Blue Bear School of Music.

Talk about recording dialogue for Bioshock. What was that process like?

It was high pressure. I felt like I was in LA. But, once we got into the groove it was really exciting. Recording Augustus Sinclair gave me the perspective of hearing the plot unfold as we went, kind of like hearing a book on tape. Having trained with guys like Steve Heithecker and Dave Earl, who are doing this stuff every day, really helped me feel instinctively comfortable performing to the standards of a client like this. 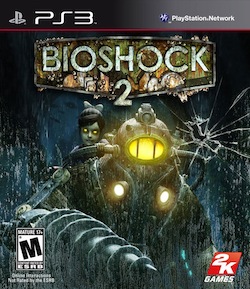 How do you feel that Pyramind best helped or prepared you for your career in the music & sound industry?

The depth training in traditional and digital recording and mixing techniques made a big difference. Also, the business and entrepreneurial classes helped me forge a sense of how to present myself in the marketplace. As an independent Producer and Artist, those skills are invaluable.

Is there a good example where the entrepreneurial skills taught at Pyramind helped you nail a gig, or get the edge over a competitor?

A good example lies in the story of “The Diamond Cutter” by Geshe Michael Roach. The point of the lesson is that each party gives a little and subsequently walks away from the table feeling satisfied. That lesson helps me all the time in negotiating, and sometimes, beating out the competition.

There’s so many…. I think just in general the support that continues to flow from such a diverse but tight-knit community of music professionals and teachers. It’s a great place to grow. I continue to learn from my time there.

Live in your studio.

I plan to keep producing, performing, and to hopefully own a commercial recording space someday.

For more information about Ben Bernstein and The Petting Zoo, please visit:
www.benbernsteinmusic.com