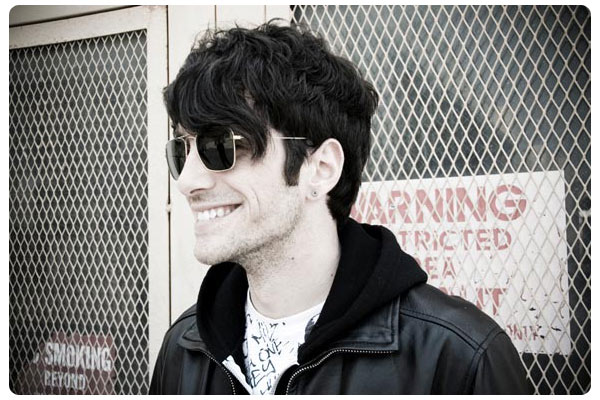 Andrea Iacopini moved to San Francisco by way of Bologna, Italy. Like many Pyramind students, he began playing music at the age of 6, when his parents pushed him to play violin and study “Solfeggio” (or sight-singing). Years later, his uncle gave him an old, used electric guitar for his birthday, and everything changed. After playing in a number of bands in Italy, some of which even drew media and label attention, Andrea moved to San Francisco to attend Pyramind and advance his knowledge of audio recording.

He talked to us about his experiences at Pyramind, what he’s learned, and how it’s helped him as a musician and audio industry professional.

I’m currently in the process of recording a new EP with my band, The Blank Slates. We’re recording most of it between Pyramind and Ghost Studios, and engineering it ourselves. This is taking most of my time right now, but we’re almost done and I’m really excited about it. At the same time I am also composing music for a couple of short films. They’re smaller projects but it’s always fun composing music for a picture or movies.

I’m also working as an intern at Talking House Records, where I’m running a lot of recording sessions and being part of various mixing projects.

AND while trying to build a Production Company and eventually being able to have my own recording studio, I’ve started giving guitar lessons, too. I’m waiting to be able to give violin lessons in the near future, as well.

Let’s talk about The Blank Slates.  How has Pyramind helped with your band specifically?

The Blank Slates came together a couple years ago when I moved from Italy to San Francisco. It started as a solo project, but then Pyramind gave me the opportunity of playing with two of the most talented musicians I’ve ever played with, my classmates Jonathan Kepke (bass) and Cochrane McMillan (drums). I spent a long time trying to find the right people to play with, and when I was really close to becoming a solo artist, Pyramind put everything into place.

It has also given me the opportunity of learning songwriting skills from Anthony Peterson, an insanely talented multi-instrumentalist. All my songs have a little bit of Anthony’s wisdom in them. I’ve also learned how to manage my band and everything that moves around it from entrepreneurship classes with Steffen Franz. And most of all, the help of Steve Heithecker has guided me in many of my decisions, musical and not. Thanks a lot to Pyramind for what I am now and for where I am now.

How do you feel Pyramind best prepared you for your career in the audio industry? 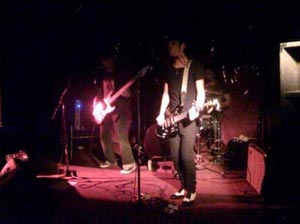 I came into Pyramind with some basic knowledge of digital audio recording, having used some software to record my own music. Mostly Logic Pro and Acid Pro. But after a year at Pyramind I’ve learned a hundred times more about audio recording, mixing and mastering, and post production.

I’ve been playing instruments and studying music theory since I was six and I thought I knew everything about theory and songwriting, too. I realized that was wrong as soon as I started taking music theory and songwriting classes from Anthony Michael Peterson. It was a blessing learning from someone so talented, experienced, and passionate about music.

I’ve also learned everything I know about Pro Tools, which has allowed me to be much better qualified for the music industry. I’ve mixed hands-on with boards like the Command 24 and D-Command, and learned how to use various different microphones, which has made a huge difference in my music.

This is a pretty famous one. In Anthony’s songwriting class, we were talking about how to start building a good lyric. He was asking us to think about something that moves us emotionally, deep inside, and start from writing that down. After a little thinking, I realized that something that really upsets me the most is being taken advantage of. I was getting all warmed up, thinking about it and experiences like that, and for whatever reason the problem of people borrowing money and “forgetting” to pay you back came out.

So Anthony, seeing me so deep into my thoughts, asked me: “What would you say if your brother came up to you asking for $100,000?” Minute of silence. And then I freaked out. Everyone started laughing! No one ever saw me that passionate about something that wasn’t music and everyone thought I was upset about my brother! Really I was thinking about another time, but since then, everyone started making fun of me and kept asking me about my brother and stuff. 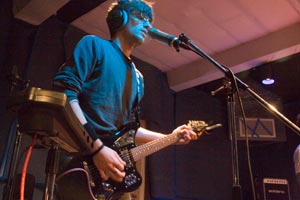 Anthony even told my brother during the graduation about it! Lucky enough, my brother doesn’t speak English that well, haha.

But it’s personal experiences like that, where we get to know each other and have fun, that really sets Pyramind apart, I think.

Many students come to Pyramind interested in one field of audio production, usually music, but then discover a passion for some of the other fields.  What is it that attracted you to post-production, sound design, and composing?

The approach of composing for moving pictures is something that gives me peace. I love matching my music with movements and pictures. I had a little experience about scoring for short films, but I had no idea about the whole video game scoring process. It was really fascinating learning how the adaptive scoring works, how people compose amazing music to be able to entertain million of players throughout their playing. Since then I’ve started scoring game trailers for fun, and I’ve been having great results.

Find out what you really want to do in life and use Pyramind as your first important step to getting there. Don’t be afraid to ask questions to any teacher at any time and learn all you can. (Definitely bother Steve as much as possible!)

Use the knowledge the teachers have and take advantage of all the information that is available to you. And trust me, this is a blessing. You should be thankful to be a part of this environment. It makes you feel home all the time and it goes over the barriers between students and teachers, allowing you to learn everything you need to know to be successful.

Also, really important, use the studio time as much as possible. You are given the opportunity to use such excellent gear. It’s there for you to try and practice on it.

And of course, have fun!

Of course trying to be successful with my band, taking advantage of all the possibilities that are around us. In the same time, learning to be successful as a composer as well, writing music for short films, movies, or video games. Lately I have also been considering sharing knowledge that I have gained and teaching others about music theory, because music is what I love to do and despite everything else I do it’s what I came here for.

Then hopefully one day I will be able to build my own recording studio and be able to help other passionate musicians record their own music.