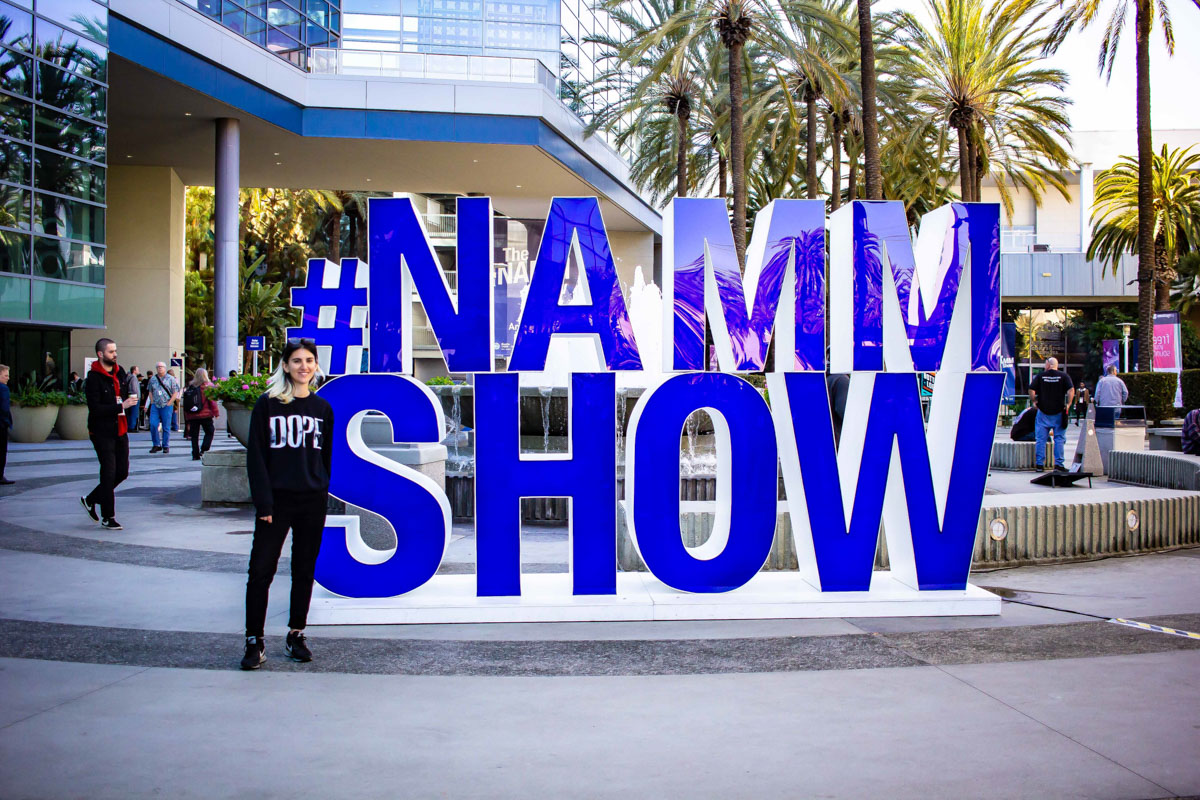 This year I attended winter NAMM 2020 in Anaheim CA, to seek out partnerships for Pyramind, and while I was there I noticed some trends that might be good to early adopt or at least become aware of.

We teach our students here at Pyramind the importance of knowing the state of the music industry and trying new technology whenever possible. This type of curious, optimistic mindset can help you evolve your sound, so here are the top 5 technology trends I noticed at NAMM:

A long time coming and quite possibly “one of the biggest advances in music technology in decades,” the MIDI Manufacturers Association adopts this new standard, bringing MIDI squarely into the millennia! Standing for Musical Instrument Digital Interface, I remember so well when MIDI first came out in the mid eighties it felt like we were made privy to a secret new language for synths and computers. So what’s all the hype about? Well nearly four decades later MIDI 2.0 is finally here. It retains backwards compatibility with the MIDI 1.0 gear and software already in use and here’s why MIDI 2.0 is top of my list.

I’m a mix geek and by far some of my favorite demos at this years NAMM were the Dolby Atmos demos. Dolby Atmos Music is an immersive audio experience that takes music far beyond traditional “surround” that includes 3-D spatial information to bring the listener into the music itself. You’re likely familiar with Dolby Atmos for cinema but this was the first time that Dolby Atmos for music, particularly hi-def streaming music started to make a very convincing case for itself. 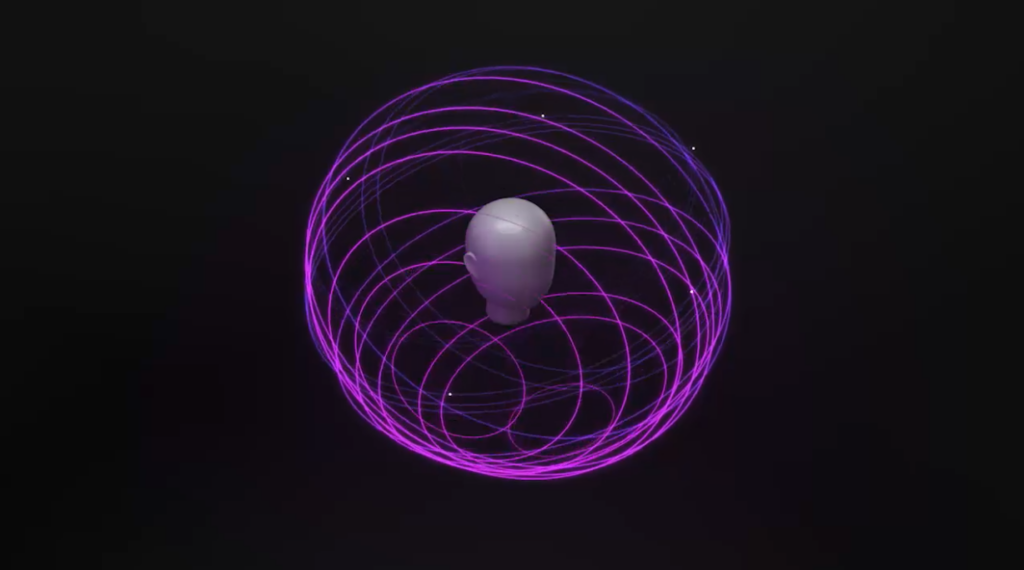 With their first ever visit to NAMM, you couldn’t miss them in their sleek airstream setup walking up to the main hall entrance, where I got the chance to sit with Dolby’s Director of Audio Production and Brand Content Experience, John Loose. John showed me the new speaker technology that can deliver these immersive mixes to the home (and headphone!) playback without the need for overhead and complex speaker arrays.

Alexa was “in the house” and with voice activated control could recall hi def streaming mixes that played back convincing immersive audio on the single speaker interface. John shared with me the level of interest and support from the likes of Universal Music Group, Netflix, Amazon, Tidal and others, making it clear that Atmos Music is poised to create a new standard in music playback for listeners around the world.

3) Universal Audio’s Luna: When is a DAW Not a DAW? When it’s Luna!

While UA is not calling Luna a DAW but rather a “recording system,” it is essentially a DAW that also makes use of the hardware interfaces’ processors in order to give that same real-time processing for all of your recording and mixing needs. UA has effectively taken the UI of it’s console to the next level.

By tossing a DAW into the mix (free to all Apollo and Arrow Thunderbolt interface users, new or old) is a natural progression that will give you the “analog sound” of UAD plugins, tape emulations, and more “at the speed of light,” or rather, at the near-zero latency Apollo interfaces provide. 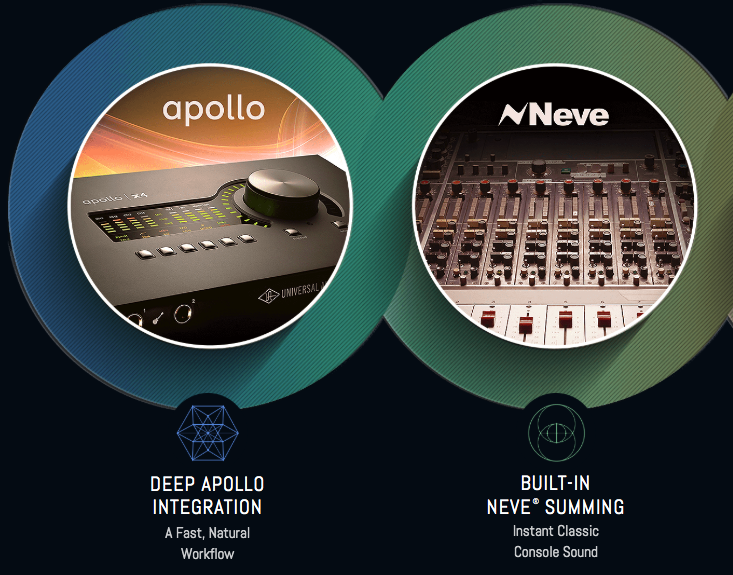 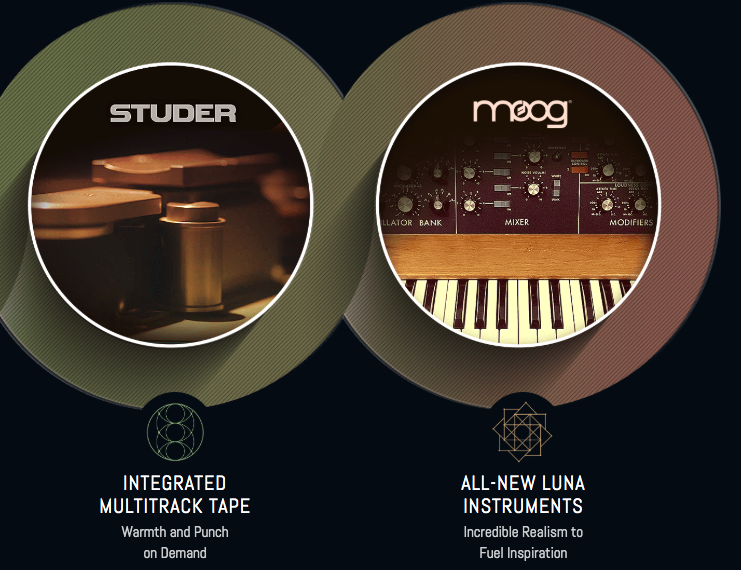 With the intention to make music production more intuitive, seamless and robust, Luna features new endorsed virtual instruments, including a Moog Minimoog, Ravel grand piano (a model of a Steinway Model B) and Shape, a toolkit with vintage keys, drums, guitar, orchestral content and more.

UA’s Apollo interfaces already allow you to use UAD’s plugins and preamp modeling without relying on your computer’s processors alone. That’s because the processors inside UA’s hardware—the “Duo Core,” “Quad Core,” etc. found in the Apollo line’s names—bear the brunt of all your instances of virtual UAD plugins.

Boy did I have fun playing with the Waves OVox plugin in and can’t wait to get my hands on it. As a singer this opens up so many creative possibilities and while vocal synthesis is not new, Waves has come out with a very impressive new vocal processor that can be used as a plug-in or standalone app.

This new entry into the market is a voice-controlled synth and vocal effects processor that includes Vocal morphing, harmonizing, arpeggiating and pitch-shifting among the many effects that OVox provides. Six more typical effects – auto pan, chorus, comp, delay, distortion and reverb – give you even more room for creativity, as does an in-built eight-voice synth. 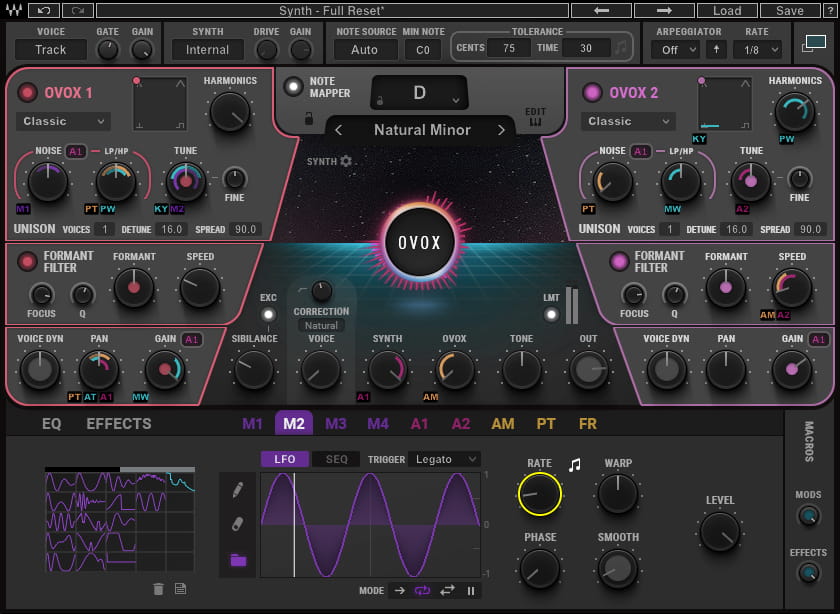 The OVox’s touted clarity and depth is the result of Waves’ Organic ReSynthesis (ORS) technology. This takes the original vocal line and separates its core elements of amplitude, pitch and formant. The ORS then re-synthesizes them into the effected vocal sound.

An Expanded View brings up even more fine-tuning control. This includes nine LFO, ADSR and ORS modulators can modulate any other control or effect in the plugin. The OVox is MIDI compatible, and a feature called Note Mapper lets you use your voice to automatically trigger chords or melodies.

Not only did KORG reissue the ARP 2600, limited-edition full-sized MS-20s in custom colors, and the RK-100 S@ Keytar, but it also released one of the most talked-about brand-new synths with its Wavestate Wave-Sequencing Synthesizer AND revealed, or should I say, teased us (behind a pane of glass) with the Opsix, a brand new six operator/32 algorithm FM synthesizer, built on top of the Volca FM engine. 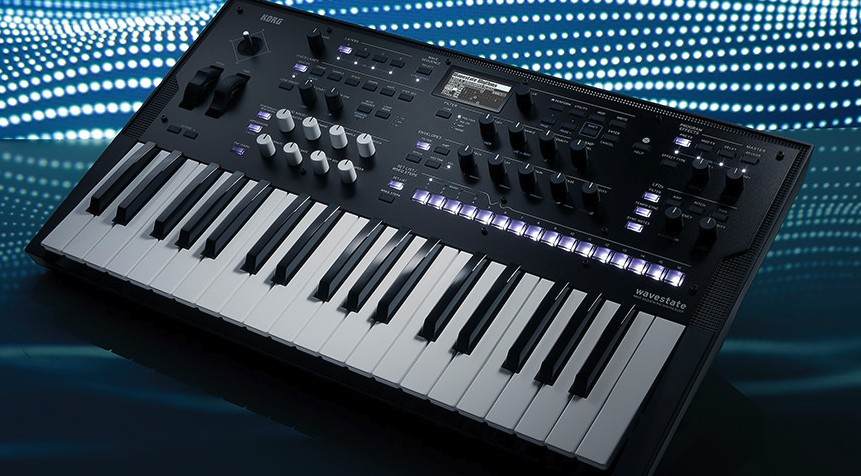 Korg’s limited-edition reissue of the ARP 2600 LOOKS to be “a 100% faithful recreation of the iconic three-oscillator semi-modular instrument that became of a cornerstone of the synth world in 1970″—including the notorious ladder filter.

As a part of the upgrade to the re-issue Korg is also adding contemporary functionality: “a 128-note sequencer, USB and DIN-style MIDI connections, XLR audio outputs, and an arpeggiator. While faithful to the original design, the functionality of the 3620 Keyboard has been greatly enhanced containing 49 full-size keys, aftertouch, portamento, and is also duophonic, allowing two keys to be played at once—single or multiple triggering is available. In addition, Korg says each new ARP 2600 will arrive in a custom, branded road case.

If you’re into the world of Modular Synthesis then Behringer has something for you. The company just announced its new Eurorack modular components, which are reproductions of the modules present in the Roland System 100M. The modules are said by Behringer’s YouTube channel to cost between $49 and $99 each allowing you to build your own synthesizer with the module’s you prefer. 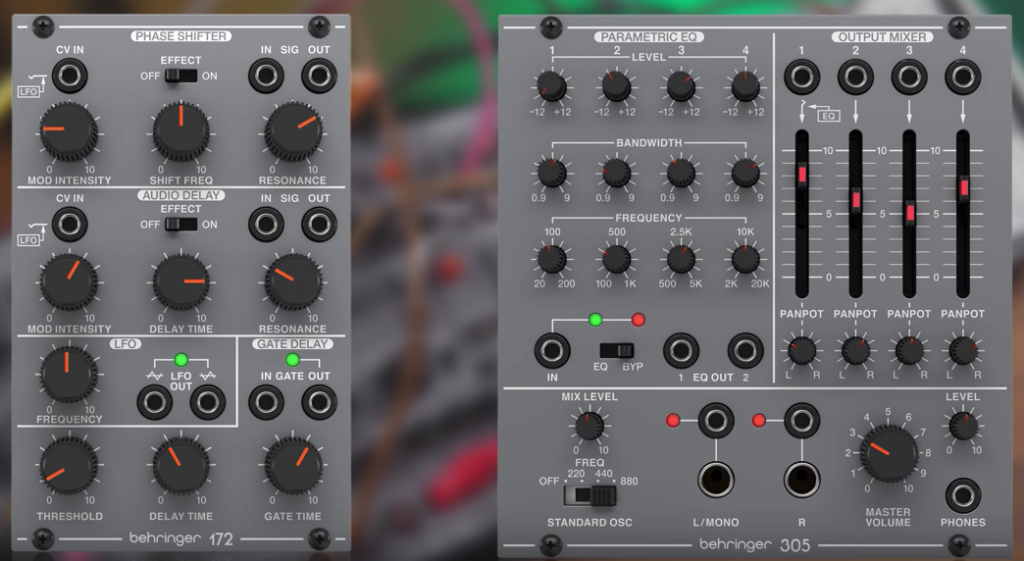 As expected, we now have a new set of Eurorack modules – perhaps not expected, however, is a set of 11 modules announced at once. Each of the modules are authentic reproductions of segments of Roland’s System 100M, emulating the original circuitry to offer up a faithful recreation and is aptly named the Behringer System 100.

Although the modules can be combined to recreate the classic modular set-up, it is by no means a necessity to collect all the modules to get creative. You can pick up specific parts of the System 100 and hook them up to other instruments to offer new sonic possibilities, such as adding an extra voice, filter, sequencer and more. A lot of the modules come built with dual functions too, so you aren’t limited in what can be achieved from each component.

What’s so awesome about this modular approach is that you can pick these modules up for a far more affordable price than the original Roland System 100M. Prices for modules will range from $49 – $99. Not only is this affordable for a reproduction of the System 100M, which is up to over $4000, but these could be some of the most affordable modules on the modular market at large.

The modules announced at NAMM are:

At Pyramind we partner with many of the names above and are consistently the first to adopt, learn, and teach the new tools that are coming to market. If you’d like to stay on the cutting edge of music technology and evolve your own sound, click here to view our flagship program, The Complete Producer.