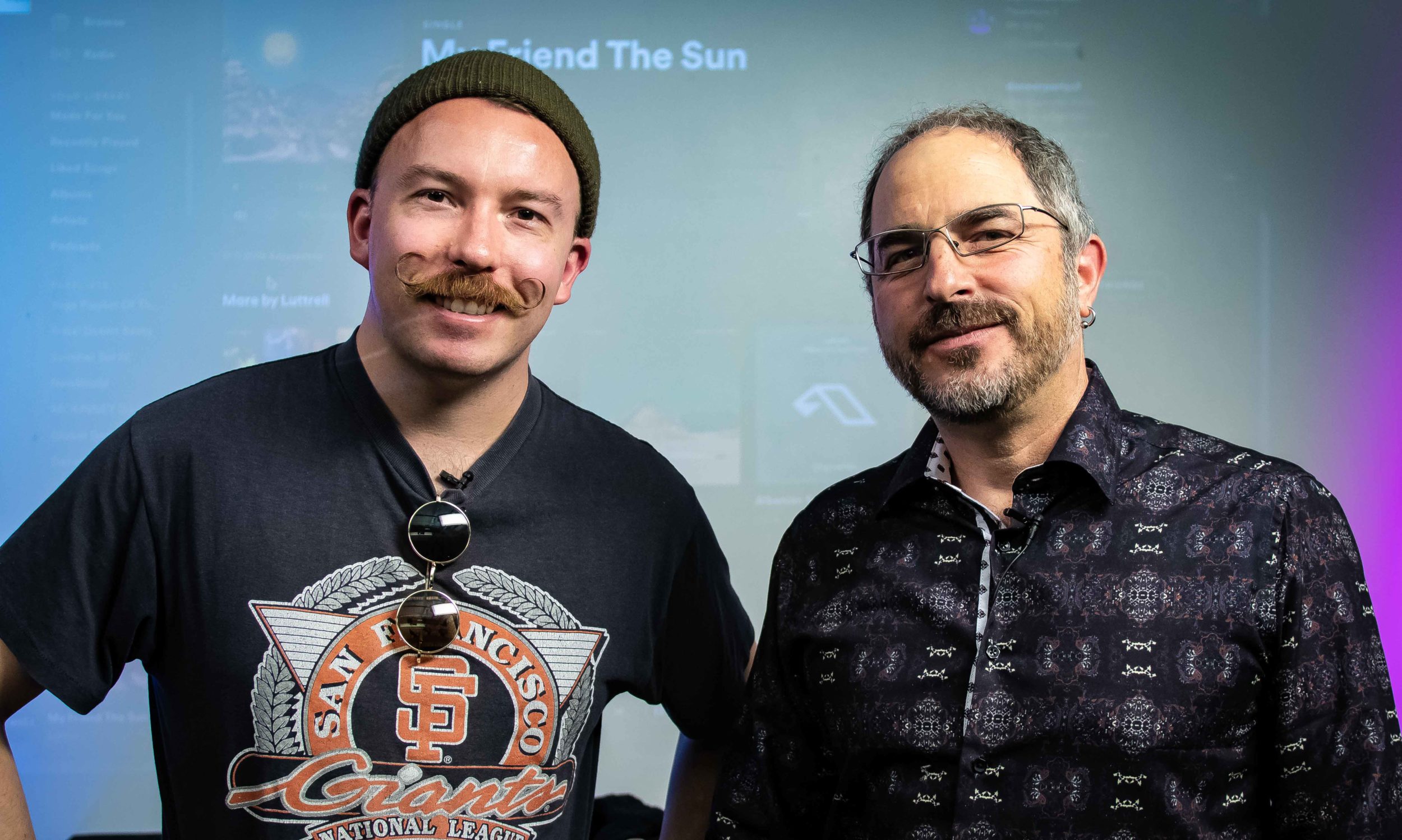 As we do with all our amazing alumni, we’ve followed Eric Luttrell’s career for the last 12 years since he graduated from Pyramind’s intensive Complete program. From the moment he walked through our doors, he and fellow schoolmates Ben Swardlick and Andy Coenen started collaborating and producing and formed the trio called Pance Party.

One of the first Pance Party releases came out on the Pyramind label, Epiphyte Records’ compilation Test Press.03. The three then transitioned that project into M Machine and toured and released numerous tracks and music videos under Skrillex’s label OWSLA. Eric has gone on to create a solo project, Luttrell , now on his second release with the world renowned Anjunabeats.

In the following interview our founder, Greg Gordon, sits down with Luttrell to talk about his career, and the many lessons he has learned along the way. If you’re an aspiring artist looking to avoid common pitfalls, and grow your audience, take a moment to read the highlights below and watch the full interview at the bottom.

This interview was incredibly helpful for anyone getting started in today’s music industry.

1. Confusing fans is bad, surprising them is good!

Luttrell spoke a lot about how his band M Machine would have benefitted from releasing tracks that were a big departure from their prior releases, under a new project name. Because their fans were used to hearing a certain style, vibe, and genre of music from them, when they released wildly different music it left their fans feeling confused. He made a good point that there’s a fine line between surprising your fans and confusing them. You want to surprise them with interesting music but anything too far out of left field should be released under a different moniker.

He went on to say that there’s no problem with having multiple side projects, bands, and sounds it’s just better to compartmentalize them so if one projects fans like your other sounds as well, they can choose to follow the new project as well but still be fans of the original.

2. Sending cold emails is important for an artist’s success

Starting with Pance Party and while still attending Pyramind, Luttrell and his bandmates found success with their music by sending email introductions to a carefully crafted list of music bloggers and other industry people. While in the M Machine they were able to create some amazing music videos with Owzla also by sending cold emails to introduce themselves to an animation team they really liked. Eric also got signed to Anjunabeats via an email introduction sent by a fellow SF producer. The common theme here is not giving up on emails and sending out introductions and communications even though you might never hear back. This type of tactic is normally seen in the world of sales and most artists don’t want to be “salesy” but this is something we’ve seen time and time again lead to great success in the world of music.

We advise all of our students in our music business classes to get creative and be brave when it comes to promoting your own music and building connections in this industry. A lot of people refer to tactics like this as “making your own luck,” and this mindset is far more empowering than sitting around waiting for someone to make your dreams come true. The Ted talk below might honestly change your life. See the book she refers to HERE (affiliate link).

3. Remix your own music

While touring with the M Machine, Luttrell and band were essentially djing, and remixing their own music. In the full interview below he touches on this briefly but brings up a great point about how remixing your own music can open your sound, create new ideas, and allow your sound to evolve which is a number one priority for our students here at  Pyramind. We encourage ours students to export stems of their songs and get creative with the live performance of their music for this very reason.

Learning from those that have gone before us is one of the easiest ways to avoid pitfalls and level up your talents in any regard. We’d like to thank Luttrell for stopping by and please follow his ever-evolving journey on the anjuna website and check out his newest release!

We hope this information helps you along your unique journey and if you haven’t already, please reach out to our admissions team here to learn more about our Electronic Music Producer program in San Francisco or develop your skills remotely in our online school + remote one one mentorships.